Environment and recycling in Fiji 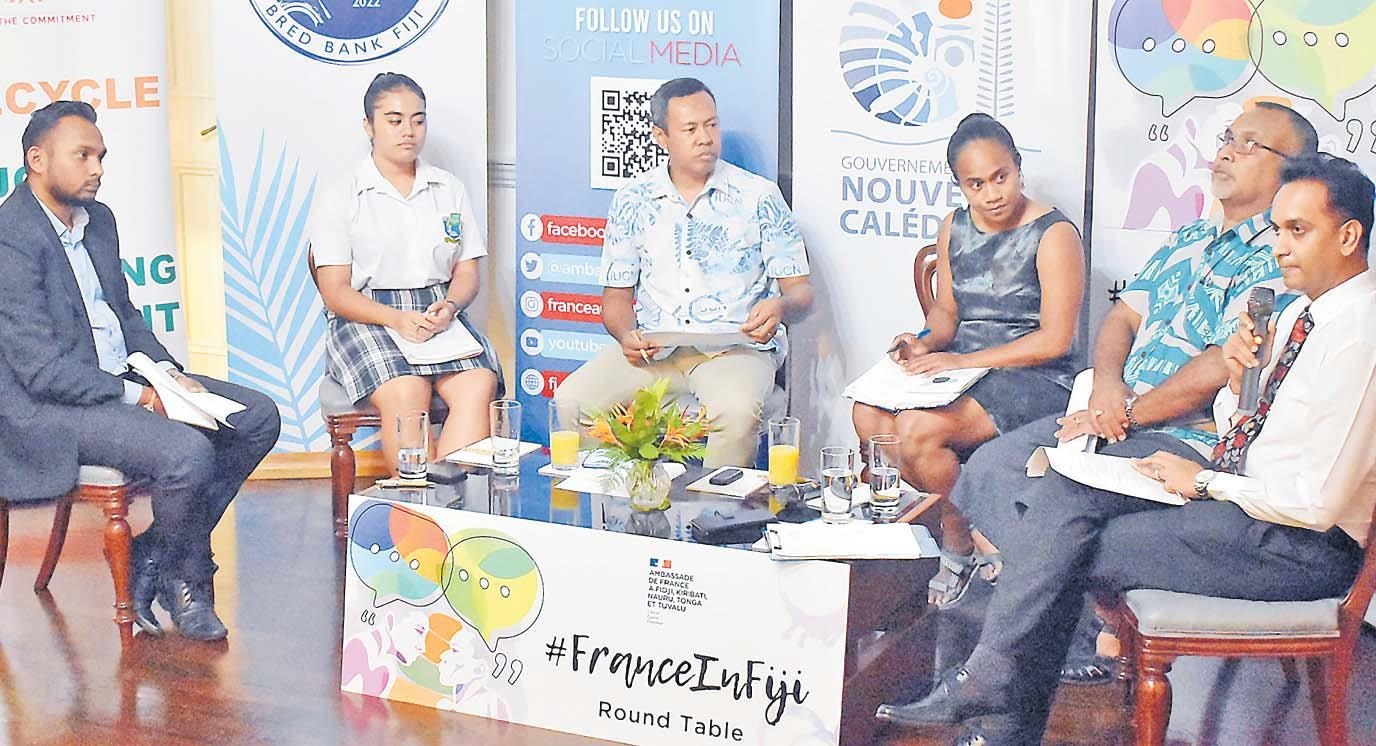 PRF founder and WRFL director/CEO Amitesh Deo speaks at the round table discussion on ‘Environment and Recycling Work in Fiji’. The Round Table is an initiative of the French Embassy in Suva and is being partnered by PRF and supported by the Government of New Caledonia and Bred Bank Fiji. Picture: SUPPLIED

The inaugural roundtable discussion on environment and recycling work in Fiji that was held on Wednesday September 28 marked a huge and significant step in our efforts to change mindsets and behaviours around waste management and recycling.

For the first time ever, we had actors from across the waste management and recycling divide in one room.

I believe the discussion, an initiative of the French Embassy in Suva in partnership with PRF and supported by the Government of New Caledonia and Bred Bank Fiji, forged new ground and it is my hope that we can continue this discussion to gauge how much progress will be made in the future.

For those who may not be aware of who I am and what PRF is all about, I represent PRF and I am also the director of Waste Recyclers Fiji Ltd (WRFL).

Who we are We at PRF and WRFL, identify ourselves as recycling advocates or change agents in the recycling space.

Our core purpose is ensuring that recyclables are recycled and do not end up in the landfills, dumpsites, rivers and seas.

WRFL has been around for more than 28 years, however, due to various reasons, work in the recycling space in Fiji is not as advanced as it should be.

PRF is an offshoot of WRFL and is based on our more than 28 years of experience in the recycling and waste management space.

PRF is a rightsbased organisation established with specific objectives such as;

• Provide structured forms of support to individuals engaged in waste picking and informal waste picking – mostly women and members of the LGBTQ+ groups. This includes, providing PPEs, assisting with the opening of bank/FNPF accounts, trainings on recycling sorting, referral services to other agencies such as FWCC, FRIEND Fiji and Save the Children Fund etc;

• Carry out specific research in the recycling space, including upcycling concepts; and

• Run projects in communities and schools aimed at creating awareness on waste management and recycling at the grassroots level.

When these questions are posed, we usually are tempted to ask: ‘How much recyclables have you collected and given to us to expect a recycling factory?’ But, obviously we recognise that discussions around recycling are relatively new, hence we always explain that one of the biggest challenges we face as a recycling company is volume.

Every time we have had meetings with DOE, the director and PS, they have expressed similar sentiments on the collection rate of certain recyclables such as plastic and plastic containers.

Active participation does not mean just bringing your recyclables to a recycling station.

It means actively understanding what recyclables are, the sorting of recyclables and the ideal condition in which it should be given to a recycling depot.

It also means understanding all the communities dependent on the trade, some of the gimmicks involved – that is a global issue – and putting on an activism hat and willing to be called a recycling advocate which in itself has been mocked by some as “trivial or irrelevant”.

Our slogan at PRF is “Join the Movement” and active participation itself means supporting recycling growth and joining the recycling movement.

I wish to acknowledge our partners in the recycling and waste management space – FRIEND Fiji, Fiji Women’s Crises Centre, International Union for the Conservation of Nature, Jai Narayan College, French Embassy in Suva, Government of New Caledonia, Department of Environment, Swire Shipping, BSP Life, Bred Bank Fiji, Asco Motors, RC Manubhai,Bondwell Fiji and many others for being part of our journey.

I also want to thank our 24 Recycling On the Go ambassadors from Jai Narayan College, 15 recycling advocates of Kabutri Drive, Koronivia, Collection Pillars of Recycling in Fiji and the Pacific, and every Fijian and visitor to our shores who has made an effort to recycle and practice good waste management.

• AMITESH DEO is the director and CEO of Waste Recyclers Fiji Ltd and Founder of the Pacific Recycling Foundation. The views expressed in this article are his and is not necessarily shared by this newspaper.