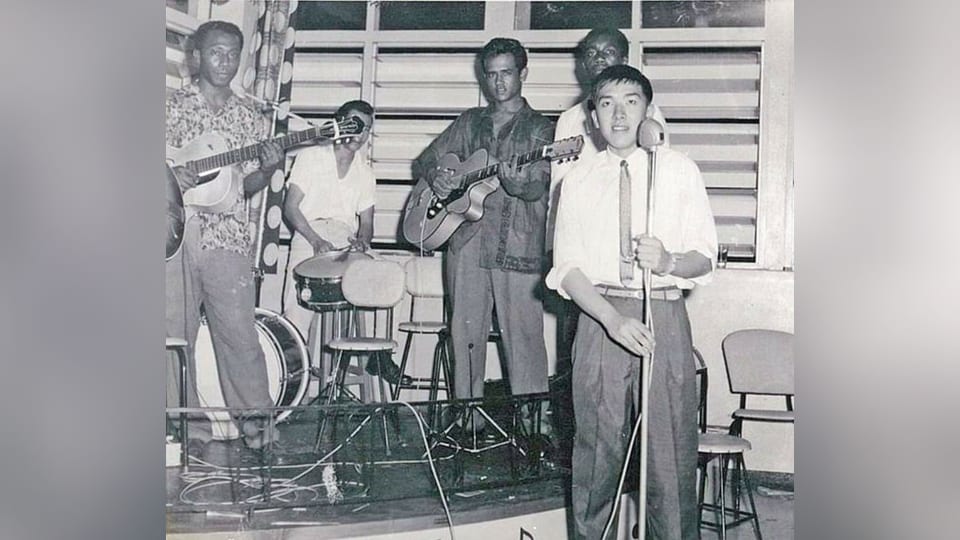 Fiji’s music history could have taken a different course had Ken Janson opted to take up medicine seriously.

He was well on his way to becoming a doctor and was studying medicine abroad when a visit to his homeland changed everything.

Janson shed his stethoscope for a microphone and established himself as an entertainer at the Golden Dragon, a nightclub owned and operated by his father, Harry Janson Ho.

Along the way, he helped shape what was a fledgling sector into some semblance of an industry by providing a venue for musically-inclined individuals to showcase their talent at the Golden Dragon and providing musical instruments of international quality via Dragon Music.

Ken, with Harry’s approval, gave Fijian musicians the opportunity to make a living and etch their names on Fiji music’s totem pole.

If you played at the Dragon, you were among the elite.

Back then, it was every local musician’s ticket to stardom and gave them the ability to earn a few dollars and put food on the table.

Ken said while he was humbled with the ‘godfather’ status, everything that happened for Fiji music had started with his father.

“Dad did not know much about music but he called the shots, he knew something good when he heard it,” Ken shared.

“Even when I returned in the mid to late ’60s, I kind of took over the entertainment side of things but everything had to be run past dad and had to get his stamp of approval.

“Even when we had the Chungking Café, dad always employed family members of our musicians.

“He just had a unique rapport with them, he cared deeply about them and knew the struggles they were going through.

“And I think that really rubbed off on me. That’s why I grew up surrounded by musicians and the music infected me so much that it took over my life.”

At a time when Fiji music was steeped in island tunes and jazz, Ken brought a bit of excitement with his rock and roll songs, covers of The Beatles, Rolling Stones and Chuck Berry when he returned from Hong Kong via Australia.

His first band at the Golden Dragon rocked the night away and kept patrons stomping, twisting and bopping across the dancefloor into the wee hours.

“The first group I performed with had Mike Woo on drums, the Joy brothers – Mickey and Lenny – on rhythm guitars and an outstanding lead guitarist called Extra.

“Extra earned his name from selling The Fiji Times around Suva, he used to walk around, calling out ‘Extra! Extra! Read all about it!’ And the name just stuck.

“Even until today, I still don’t know what his real name was.”

But perhaps the most memorable artist to have showcased his talent there was Sakiusa Bulicokocoko.

“I remember the first time Sakiusa came there, he was a little boy and his uncle asked if we could teach him something because he was always banging pots and pans and tins at their home.

“We had played to a full house that night and at the end of the last set, I remembered his uncle’s request and asked Sakiusa to come up and have a jam.

“When he sat behind the drums, he was a natural, he just blew us all away.

“He asked if he could sing and I can still remember the very first song he sang that night — it was Engelbert Humperdinck’s hit song at the time, Ten Guitars.

“I have never heard anyone sing that song the way that Sakiusa sang it that night.”

If the walls of the Golden Dragon could talk, they would tell many a tale of how an aspiring musician or vocalist got his first break and how he or she wowed patrons there.