Enraged Pinot ready to fight back on the Tour 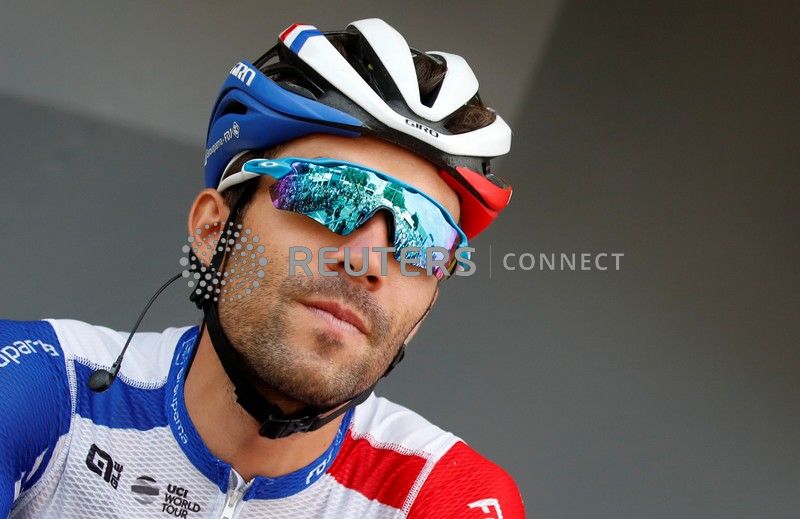 Thibaut Pinot is ready to use his rage to surge back into contention on the Tour de France as the race heads to his favourite terrain, the mountains.

The Frenchman was the best placed of the pre-race favourites on Monday when he was caught at the wrong end of a peloton split in crosswinds.

He lost one minute, 40 seconds to slip down to 11th overall, more than two and a half minutes behind leader Julian Alaphilippe.

Defending champion Geraint Thomas, however, is in the driving seat in second place, just 1:12 behind the Frenchman and 1:21 ahead of Pinot.

During Tuesday’s rest day, Groupama-FDJ’s Pinot was still fuming at the positioning error that ruined his until-then perfect opening week, but he and his team vowed to bounce back.

“I feel frustration, I feel anger, I feel rage,” the 29-year-old Pinot, third overall in 2014, told reporters, his face a mask of cold determination.

Making up for lost time on Thomas and his Ineos team mate Egan Bernal, who is only four seconds behind the Welshman, is a tough ask especially with an individual time trial that should favour the defending champion on Friday.

“Do not write our obituary,” team manager Marc Madiot said. “You’re going to see some outstanding Thibaut Pinot. His victory at the Giro Di Lombardia (one of five Monument classics last October) showed that he is a champion.

“His rage the other night shows that he can be a great champion.”

Madiot described Monday’s fiasco as “a blow to the liver”, saying his protégé was “1-0 down at halftime in a Champions League game”.

“We’re only midway through the race and, good for us, the hardest part is yet to come,” he said.

After Wednesday’s flat 11th stage, the Tour will hit the Pyrenees, with a couple of tough climbs featuring in Thursday’s 12th stage and a mountain-top finish at the Col du Tourmalet on Saturday.

“I know that I have the legs. I can’t wait for Saturday, I have so much rage in me. The finish at top of the Tourmalet is going to hurt, the legs will do the talking,” said Pinot.

“We’re going to be aggressive, we have a team for that in the mountains,” he added, citing team mates Sebastien Reichenbach, David Gaudu and Rudy Molard. If the disappointment of Monday is not behind him yet, Pinot will use it for motivation.

“I’ve had some tough times in my career and I’ve always bounced back,” he said.

“I know that on the morning of the time trial on Friday and on Saturday before the Tourmalet stage, I will think of all this.”