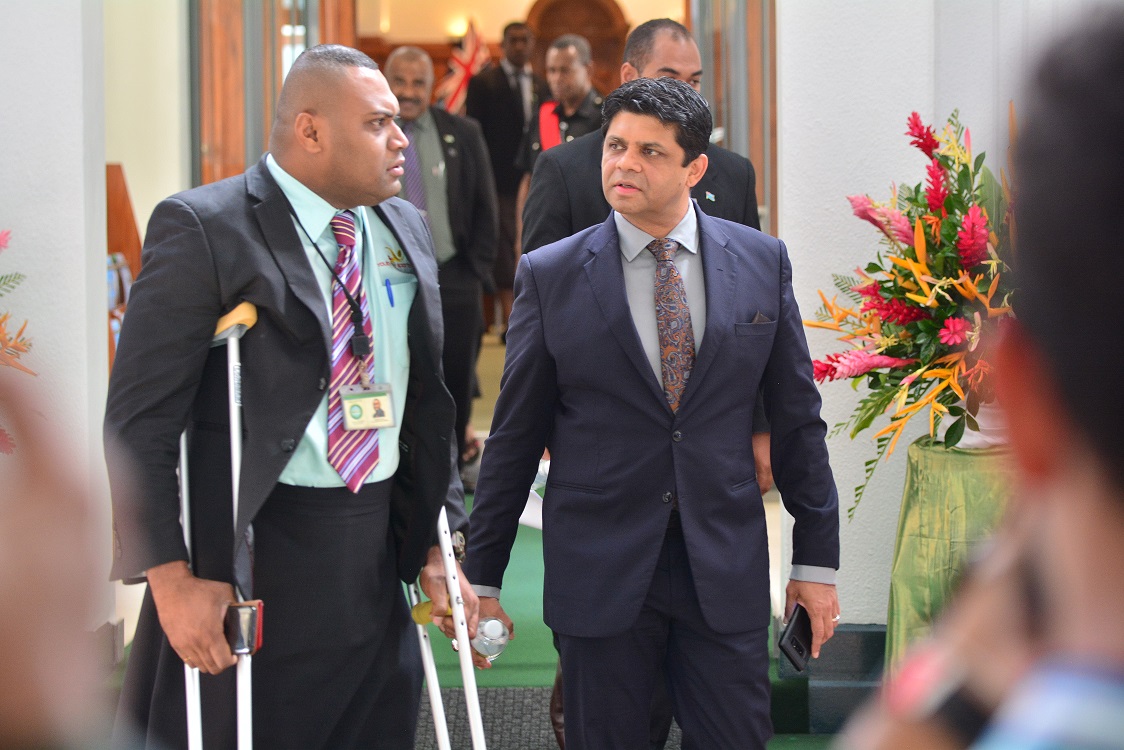 THE MINISTRY of Education is concerned about the quality of English, Parliament heard this morning.
Education Minister and Attorney General Aiyaz Sayed-Khaiyum said the quality had significantly deteriorated and added the issue needed improving.
He was responding to Opposition Member of Parliament Mikaele Leawere’s question on the reduction of teachers in the Term 1 and Term 2 holidays.
MP Leawere had asked why it was reduced from two weeks to one week, which Mr Sayed-Khaiyum clarified was incorrect in that the reduction was only by two days.
The minister clarified the two days, termed ‘Student Free Days’, were used for planning and teacher development purposes, which included discussions on current challenges in the school system.
He said the Mathematics curriculum was also under his microscope and he explained the ministry was considering two subjects within Maths, one he described as Pure Maths and the other Life Maths, with varying degrees to suit students interest.
Mr Sayed-Khaiyum said other activities that the two student free days were used for included the review of past academic achievements and planning for the next terms.
He said the student free days were part and parcel for a holistic review of the education system the ministry was conducting.