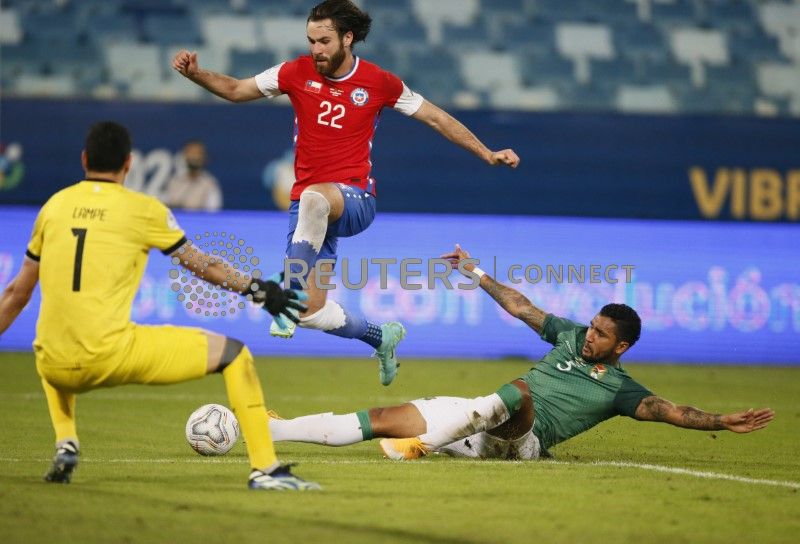 (Reuters) – Stoke-born striker Ben Brereton was Chile’s new hero after scoring the winning goal against Bolivia in his first international start on Friday in the Copa America.

The 22-year-old was born to an English father and Chilean mother and got his first call up in May thanks to his recent performances for club Blackburn Rovers.

He made a late debut in Chile’s 1-1 draw with Argentina on Monday and the Chilean national side even tweeted a song about him.

They were tweeting more chants on Friday after he finished off a counter attack 10 minutes into the match to give Chile a 1-0 win and take them to the top of Group A ahead of Argentina, Bolivia, Paraguay and Uruguay.

“And they say Ben, Ben, Ben. And he went Bam, Bam, Bam. And then Bum, Bum, Bum. And it’s a goal by Brereton,” read the chant, posted on social media.

Brereton, who ran himself into the ground before being removed after 83 minutes on a muggy night in central Brazil, switched international allegiances to Chile after appearing for England at under-19 and under-20 level.

He was part of the squad that won the European Under-19 championship in 2017, with the then Notts Forest striker scoring two goals in the tournament alongside players such as Mason Mount and Ryan Sessegnon.

The powerfully built striker got his chance for Chile in part due to the injury to talismanic striker Alexis Sanchez and he is clearly relishing the experience.

He thanked his Chilean team mates and fans after being called up last month.

The bustling forward said he had been told to “hold up the ball and discomfit his opponents.”