England’s Ashton pulls out of training squad for family reasons 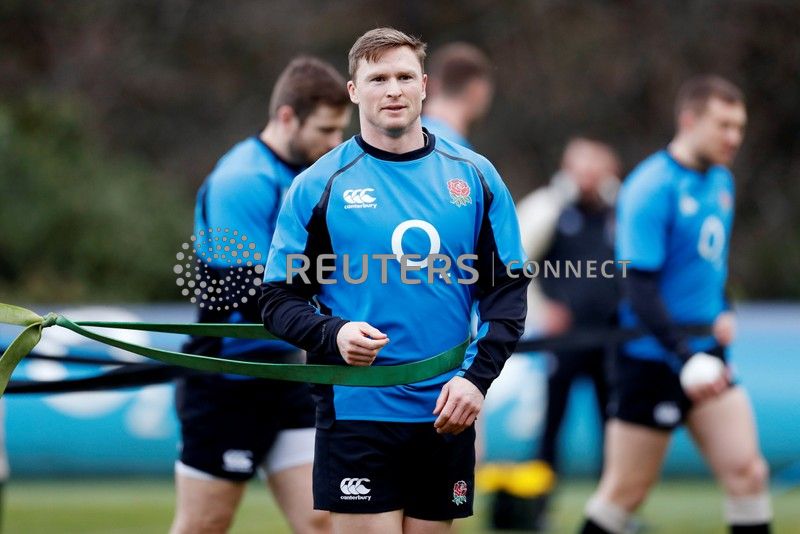 (Reuters) – England winger Chris Ashton has withdrawn from their 29-man World Cup training squad for family reasons but will not be replaced, the Rugby Football Union (RFU) said on Sunday.

Sale Sharks’ Ashton was named in Eddie Jones’ training squad ahead of the World Cup in Japan this year, with the team set to assemble at Pennyhill Park on Sunday for the first of two camps.

However, the former Toulon player said he could not be away from his wife Melissa who is pregnant with their second child.

“When I returned from Toulon last season it was for two reasons; firstly for my family and secondly to try and realise the dream of playing for England again,” Ashton, who has been capped 44 times for England, said in an RFU statement https://www.englandrugby.com/news/ashton-withdraws-from-training-squad.

“Pulling on the white shirt is always special, I’m grateful to Eddie for giving me the opportunity to have done so again.

“My wife, Melissa, is pregnant with our second child and I don’t feel it’s right for me to commit to being away in camp at this stage.”

England’s second training camp will be held at the Lensbury (June 30-July 4).