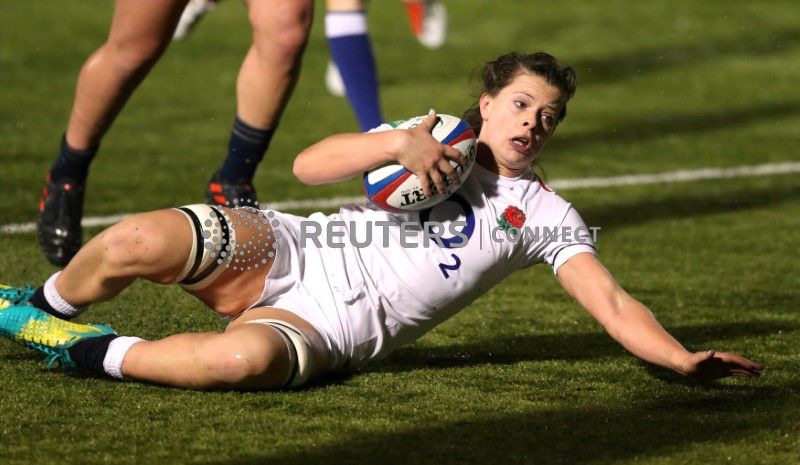 (Reuters) – England women’s head coach Simon Middleton has added experience to his side for their Six Nations clash against holders France, making four changes to the starting lineup for the match in Doncaster on Sunday.

Harlequins forwards Vickii Cornborough and Abbie Scott, who have 74 England caps between them, will return to the team with Poppy Cleall moving to flanker.

Bristol Bears flanker Poppy Leitch will replace Marlie Packer, who will be rested after she picked up a shoulder injury in their opener against Ireland, while the back line remains unchanged.

“Vickii and Abbie bring considerable experience to the forward pack while Poppy is a great addition having played consistently well in the Tyrrells Premier 15s and for the National Academy side in the autumn,” Middleton said in a statement.

“We will rest Marlie this weekend with the aim of having her back later in the Championship.”

France powered past Wales 52-3 in their opener while England beat Ireland 51-7, with the weekend’s clash billed as a potential title decider.