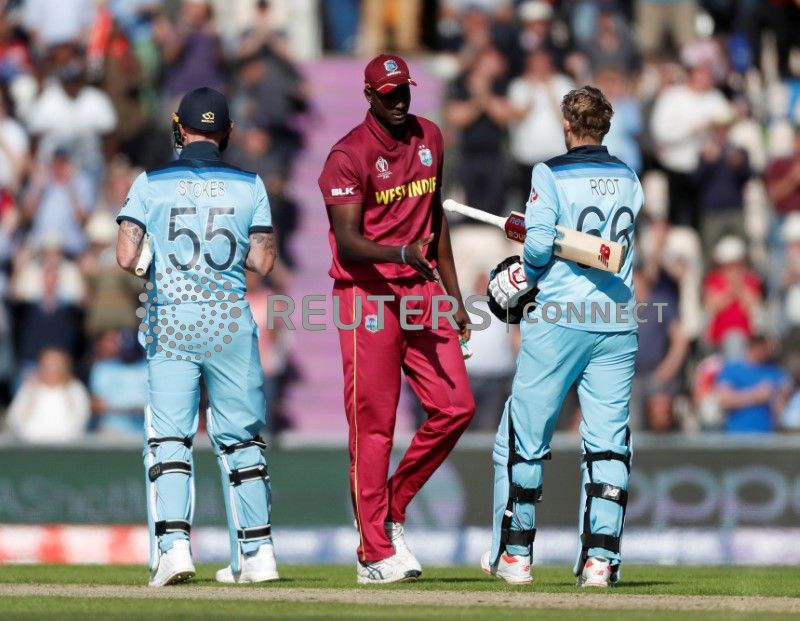 (Reuters) – England’s three-match test series against the West Indies will begin on July 8 without fans at Hampshire’s Ageas Bowl subject to government approval, the England and Wales Cricket Board (ECB) said on Tuesday.

The series was initially scheduled to take place in June but was pushed back due to the COVID-19 pandemic.

The second and third tests will be staged at Old Trafford from July 16 and July 24 respectively.

The two stadiums were selected as bio-secure venues due to their on-site hotels, medical testing facilities and ability to enforce social distancing during games, the ECB said.

Edgbaston will serve as a contingency venue to stage additional training throughout July.

“We are in daily dialogue with the government and our medical team, who have been incredibly supportive during this period,” ECB’s Director of Events, Steve Elworthy, said in a statement https://www.ecb.co.uk/news/1674675.

“These are our proposed dates and they remain subject to UK Government approval.”