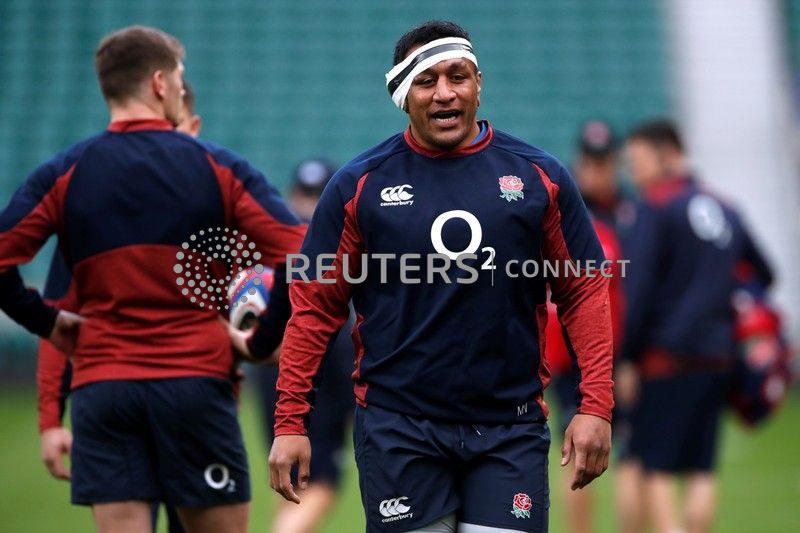 (Reuters) – England’s Mako Vunipola has not been named in the 33-man squad for their third Six Nations match against Ireland on Sunday after the prop travelled back to Tonga for family reasons, the Rugby Football Union (RFU) said on Tuesday.

Vunipola, 29, did not play a part in their shock opening defeat by France earlier this month but started the second match when they beat Scotland in Edinburgh.

Beno Obano joins Joe Marler and Ellis Genge as the three loosehead props named in Eddie Jones’ group on Tuesday, which will be trimmed to a matchday 23 on Friday.

Centres Manu Tuilagi, who injured his groin in the first game, and Henry Slade who has been out since December with an ankle injury, have both recovered and were named in the squad. They filled the midfield, with Owen Farrell at flyhalf, in last year’s victory in Dublin, one of England’s best Six Nations performances for many years.

England are fourth in the standings with five points while Ireland are second with nine points ahead of the match at Twickenham.