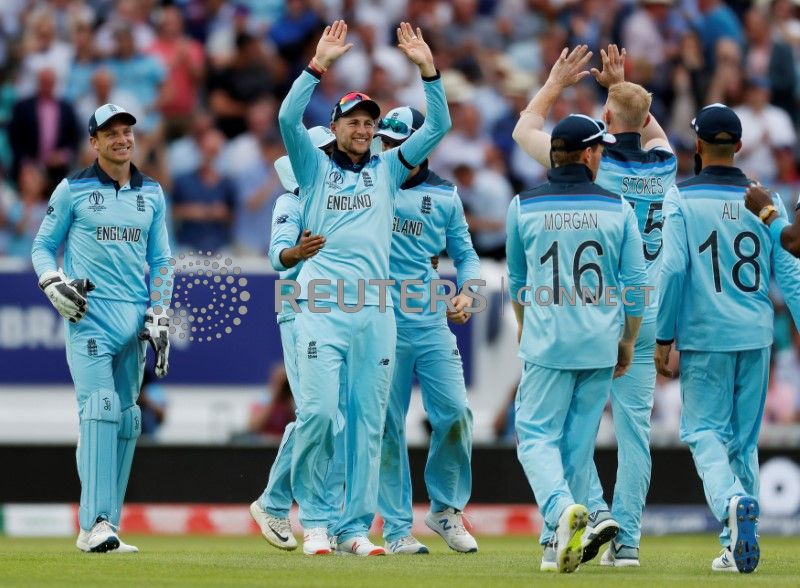 LONDON (Reuters) – England made a confident start to their Cricket World Cup campaign as they crushed South Africa by 104 runs in the opening match of the tournament at The Oval on Thursday.

Ben Stokes top-scored with 89 and Jason Roy, Joe Root and Eoin Morgan also made fifties in the hosts’ total of 311 for eight after being sent into bat.

Stokes pulled off a spectacular leaping one-handed catch on the boundary to dismiss Andile Phehlukwayo and Jofra Archer claimed three wickets as South Africa were bowled out for 207 with more than 10 overs to spare.