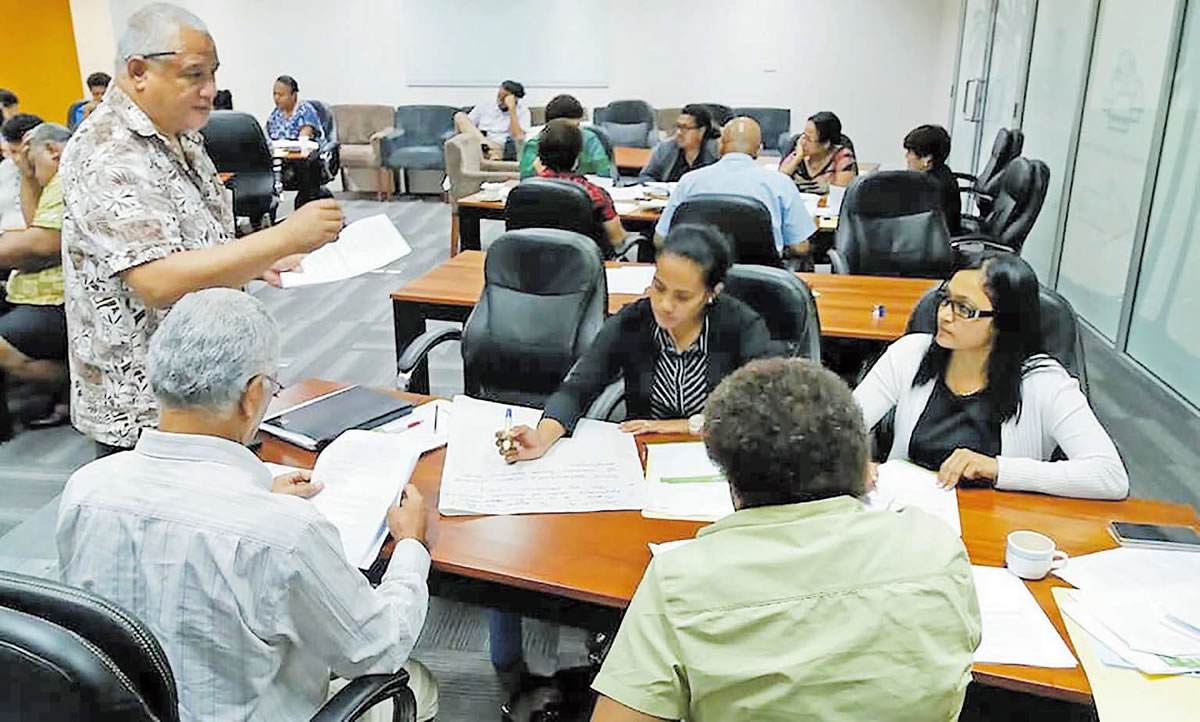 It is a fact that before the implementation of the Employment Relations Promulgation on April 2, 2008 Fiji was a strike-proned country.

Strikes were occurring on a regular basis with at least 2 to 3 strikes per month.

Ever since the advent of the coup culture from 1987, foreign and local investor confidence was challenging and the ongoing industrial related disputes that were almost always the highlights in the daily news, made investing in Fiji even more challenging.

The mentality was typically “industrial relations” (IR Module) in that: it was purely “workers versus management” as against the “human resource management” (HRM Module) discipline that recognises workers rights and promotes their interests where workers are managed responsibly through policies that are aligned to the respective business objectives and in compliance with the relevant labour legislations.

In the HRM module the unions are also viewed as an equal consultative partner and as an important management tool for the issues (i.e. the reported employment disputes and grievances arising from the employment contract) that inevitably falls between the cracks.

The Employment Relations Act 2007 (ERA) is focused on building relationships and provides the infrastructure necessary to resolve issues arising out of the relationship.

This is clearly articulated by the establishment of the employment contract through its provisions of sections 21 to 41 for the traditional individual contract and sections 148 to 166 for the collective agreement which is recognised as the implied contract of service for those workers who are members of the union.

The individual contract and collective agreement are consistent with the right of a worker to join a union or not.

These enabling provisions are however subjected to the provisions of sections 109 to 114 where some degree of confidentiality is a legitimate expectation between the contractual parties and where an internal mechanism for the internal resolution of grievances is mandatory.

After the implementation of the ERA in April 2008 one can count the number of lawful strikes from 2008 till date.

The reason for this is the mandatory opportunity for the parties to resolve disputes internally and the third party mediatory interventions based on proper social dialogue from mediation up to the Tribunal level.

In this article I wish to merely emphasise on the boundaries established by the ERA for collective bargaining, the importance of having authorised representatives, the beauty of having an internal resolution process and the prescribed process for all the mentioned interventions.

In the previous legislations predating the ERA, unions needed to seek voluntary recognition from the employer organisation and upon consent commence collective bargaining.

If voluntary recognition is refused the union would have to seek compulsory recognition from the Registrar of Trade Union who have to verify the unions claim that they have at least 50 per cent plus 1 of the total workforce recruited.

Under the ERA it is unlawful to victimise or disadvantage a worker simply because he or she is a union member. Now a registered union only has to recruit one worker and the employer becomes obligated to enter into collective bargaining with the union.

The union can simply establish its right to represent the worker/s by simply advising that the worker/s have joined the union and have authorised deductions from source of his/her or their wage/s.

The written authority and the fact that the check off is automatically deemed to be part of the collective agreement even if an agreement has yet to be formalised by the parties is already provided for in the ERA.

When this process is completed either party can commence bargaining by presenting to the other in writing its claim.

Although the parties are obligated comply with the prescribed process nothing obligates them to reach a final agreement.

If an employer does this the union will be faced with the following options: Initiate industrial action or report the matter as a dispute to the permanent secretary.

It is unlawful to carry out an industrial action when the issue of concern is already in the dispute resolution mechanism.

This is one of the main reasons why we count the number of times a union has gone on a lawful strike with just one hand since April 2008 till date.

The ERA also sets out the prescribed process for good faith bargaining which the parties must comply with during the dialogue sessions.

The following are the mandatory guidelines that both the union and the employer must adhere to: Whoever is initiating the bargaining must notify the other party in writing and it must also identify the intended coverage of the collective agreement Agree to a structured process which includes identifying negotiation team for both sides and frequency of meetings Both sides must consider and respond to each other’s position in terms of the claim and counter claim if any The parties cannot undermine the other side by going directly to the affected members/ workers whom the bargaining is especially for The employer and the union must provide each other with requested information either directly or to an independent reviewer appointed by consent who will advise the parties accordingly.

When the legislation was drafted the overriding philosophy adopted by the tripartite and collective drafters was “… those who create the problem have the primary responsibility to resolve it…” This philosophy was also adopted in the creation of the Health and Safety at Work Act 1996.

It is important that when we live in such an environment where the legislation promotes such interactions for the resolution of industrial disputes the stakeholders must recognise that fact and grasp it with both hands.