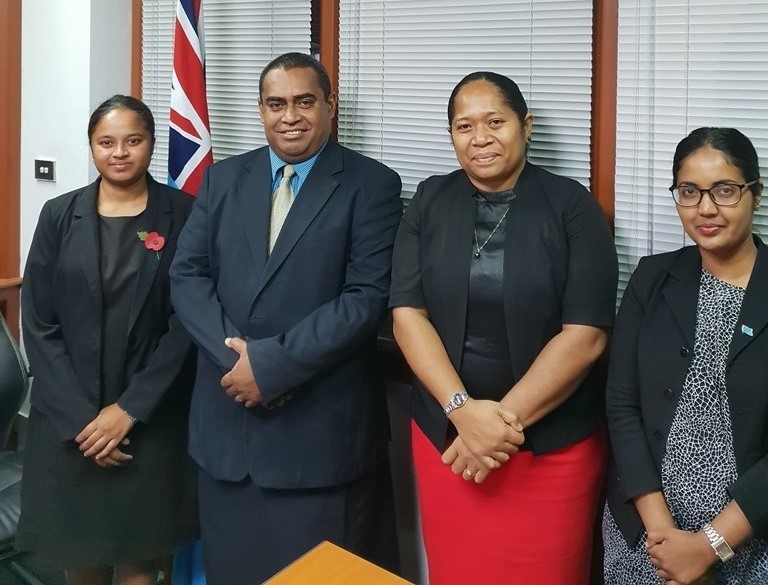 THREE newly-appointed diplomats for the Ministry of Employment, Productivity and Industrial Relations were briefed this week on the ministry’s roles and responsibilities.

A Government statement issued this evening said the ministry’s PS, Salaseini Daunabuna, enlightened the new diplomats on the ministry’s role, policies and plans and future opportunities in collaborating with them in their new roles, particularly in growing overseas employment markets for Fijians as identified in Fiji’s National Employment Policy.

Ms Daunabuna said the role of the new diplomats was important to the ministry in representing and protecting Fiji’s interests and nationals of the sending State, initiating and facilitating strategic agreements, treaties and conventions, promotion of information about Fiji and our workers, and creating friendly relations with the receiving country in achieving the ministry’s vision of ‘Decent Work and Employment Growth’.

The diplomats were also informed of the ministry’s five-year Strategic Development Plan and Fiji’s first National Employment Policy under which the ministry would be working on achieving in the coming five years a reduction in unemployment rate to less than four percent as outlined in Fiji’s National Development Plan.

Ms Daunabuna also urged them to fully utilise the opportunity and make a difference through improved policies and collaboration.