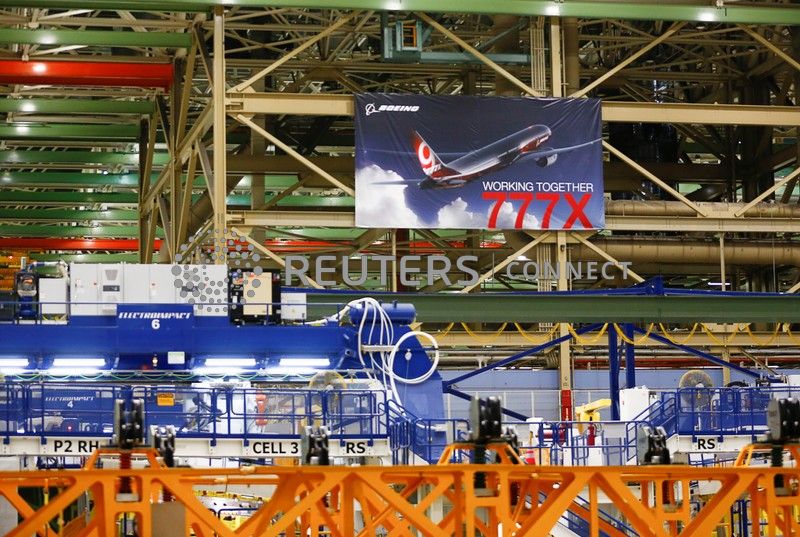 DUBAI (Reuters) – Emirates, the largest customer of Boeing’s <BA.N> upcoming 777x aircraft, wants the plane to be put through “hell on Earth” in testing to ensure it is safe to fly and meets performance expectations, the president of the Gulf airline said on Tuesday.

Tim Clark was speaking at the Dubai Airshow after meeting the head of the U.S. Federal Aviation Administration (FAA).

The testing and certification of aircraft has been under scrutiny after the grounding of Boeing’s 737 MAX jet following two fatal crashes, while problems with a number of models have led some airlines to accuse plane and engine makers of over-promising on performance capabilities.

“We need to be absolutely sure that as she comes together, as she starts flying, everything is done in a manner that it should be done,” Clark said of the 777x.

“I want one aircraft to go through hell on Earth basically to make sure it all works.”

A panel of international regulators last month heavily criticised the FAA’s review of the MAX, while congressional committees have voiced concerns over a close relationship between the FAA and Boeing.

Boeing did not directly address the international regulators’ findings, but said it was committed to working with the FAA to improve the certification process, while the FAA said it would take appropriate action following the recommendations.

“The FAA will take its time and do it the way it wants to do it rather than being guided by the manufacturer,” Clark told reporters, after meeting the regulator earlier in the day.

Emirates is the largest customer of the latest version of Boeing’s popular wide-body 777 jet with an order for 150 signed in 2013.

The 777x will be the first major new U.S. aircraft to be certified since the twin MAX disasters that have put pressure on the FAA to improve its processes.

Emirates has demanded Boeing test the plane for at least 16 months, slightly longer than is typical for a new aircraft.

Boeing has delayed the entry into service as it faces challenges in developing the new jet but still expects to start handing them over to customers next year.

Emirates, the launch customer, sees the 777x as a potential replacement for its superjumbo A380s which Airbus <AIR.PA> will soon stop making.

But the airline no longer knows when it will receive its first 777x. It was scheduled to start taking delivery next year.

Emirates could also change its order depending on the delivery schedule and possibly swap some 777x for Boeing 787 Dreamliners, Clark said.

An expected deal to finalise an agreement for 40 Dreamliners in exchange for a restructuring of the 777x contract has so far not materialised at the Dubai Airshow which ends on Thursday.