Emery happy to be patient in transfer market 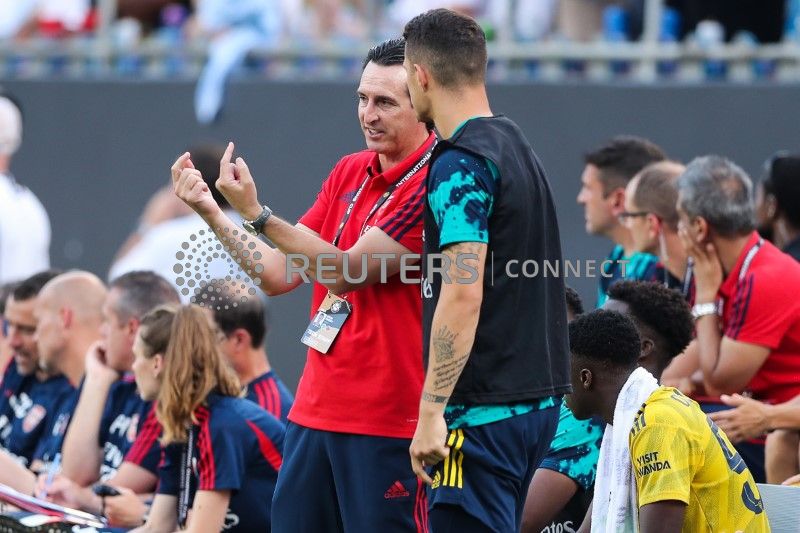 Arsenal manager Unai Emery said he is happy to be patient in the transfer market and will wait for the right player to become available.

The Gunners head coach was speaking after watching his side make it two wins from two in the International Champions Cup with a 3-0 victory over Fiorentina in Charlotte.

“Really I am with patience because we want to choose the best solution,” Emery said. “Some players are very expensive and we are waiting for this possibility.

“We don’t want now to go to the second line of players.

“We are aware also that we need to improve some players in this squad. I want to sign one, two, three or four players only if we can be sure they are coming to improve our team.”

Arsenal have been linked with William Saliba in the British press, in a deal that would see the defender return to current club Saint-Etienne in France on loan as part of the deal.

Emery, however, said there were a number of possibilities floating around and he was in constant contact with sporting director Edu and head of football Raul Sanllehi, while they also spoke with the club’s owners the Kroenke family.

“There are a lot of names. The club is working, Edu is very close to me and Raul,” Emery said.

“We speak every day.”