Emergency desilting approved for rivers and creeks in the Northern Division 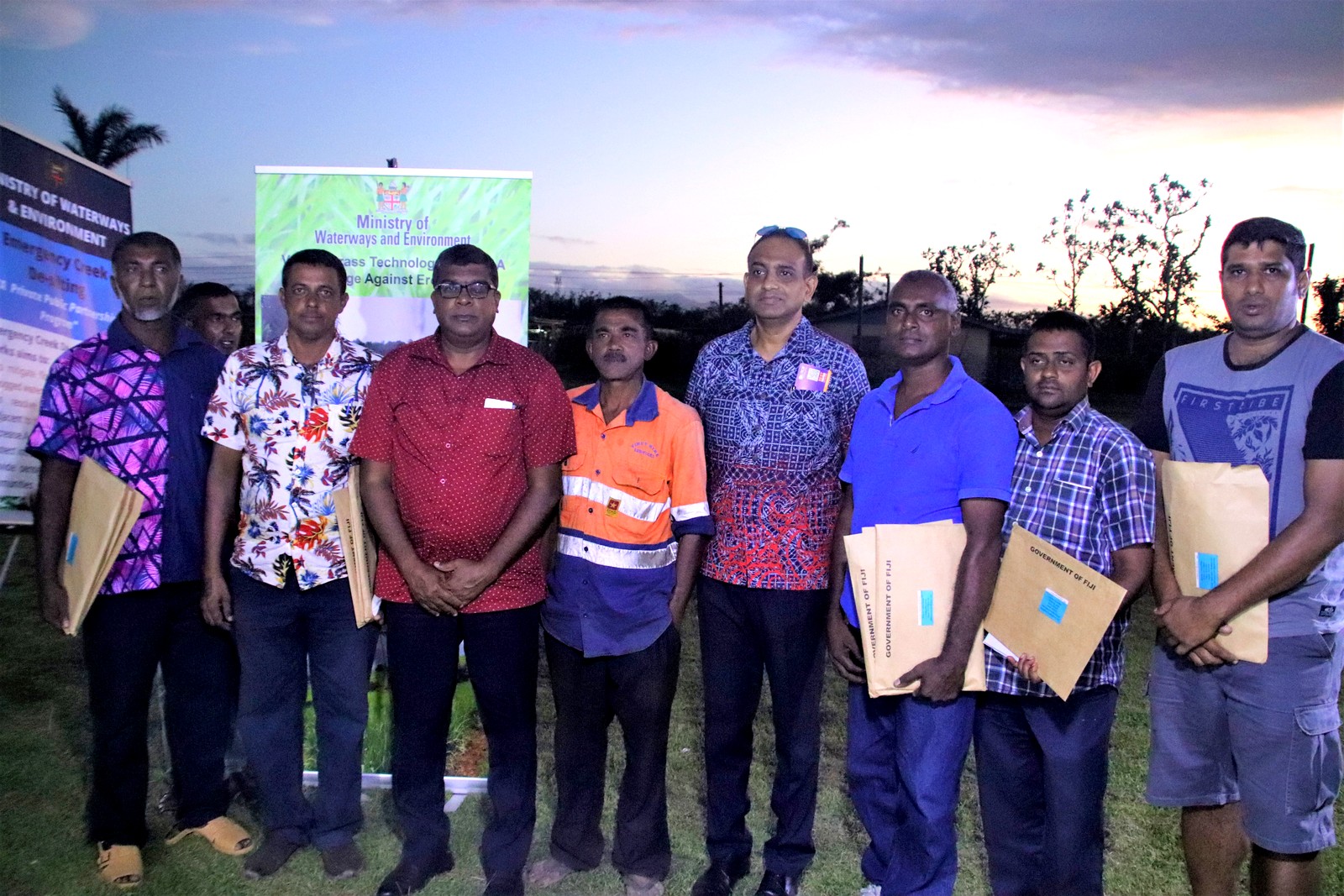 Government approval has been given for the emergency desilting of 16 rivers and creeks in the Northern Division.

This project will be carried out under the Public-Private Partnership (PPP) agreement between the private civil contractors and the Waterways Ministry.

Minister for Waterways, Agriculture and Environment Dr Mahendra Reddy handed over the offer letters to the civil contractors in Labasa yesterday.

He acknowledged the private civil contractors for working together in partnership with the Ministry of Waterways to address flooding across the Northern Division, and that the PPP agreement would also enhance economic activity in the vicinity through the provision of proper drainage services.

“The Fijian Government is committed to protect communities around Fiji, irrespective of their location to safeguard their infrastructure, households, businesses, and agricultural farms and will build a sense of security for communities from flash floods and socio-economic damage incurred during flooding,” Mr Reddy was quoted saying in a Government statement issued yesterday.

Works on emergency desilting of the rivers and creeks will commence within seven days after the signing of contract letters.

Mr Reddy said emergency creek desilting works will be undertaken in all the divisions around the country to ensure communities were safeguarded and protected from the waterways.