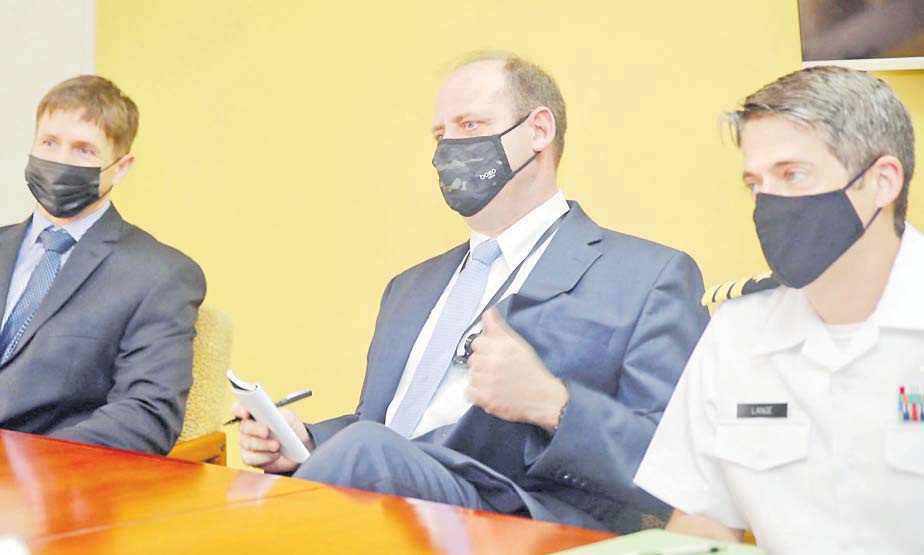 Senior officials at the US Embassy yesterday paid a courtesy visit to Police Commissioner Brigadier General Sitiveni Qiliho at the Fiji Police Force headquarters in Nasinu.

They were US Embassy regional security officer Special Agent Samuel J McRae, defence attache Commander Victor Lange and outgoing DSS Overseas Criminal Investigations Division Special Agent Anthony Bogden. Brig-Gen Qiliho expressed gratitude to the US Government for its partnership in enhancing the capacity and capabilities of the force through various forms of assistance.

He said they hoped to maintain a safe and secure Fiji and the region. The US Embassy officials commended Fiji’s reputation as a leader in the region on security matters.

They planned to work closely with its regional partners for enhanced interoperability to be able to deliver specific assistance programs, and committed to working with the Fiji Police Force to be able to deliver integrated multilateral assistance programs with the common goal of achieving a greater sense of security in light of the growing sophistication of the policing and criminal landscape.