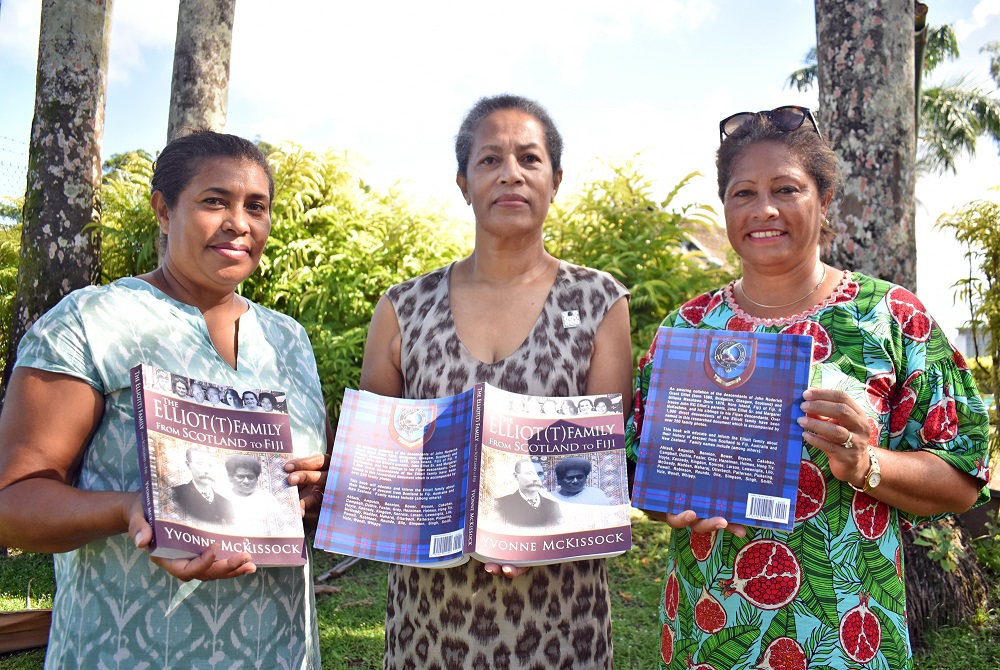 THE Elliott clan in Fiji marked a major milestone in their rich family history after their first book “The Elliot(t) Family from Scotland to Fiji” was launched yesterday in Suva.

Family historian Susie Elliot said the idea of publishing the book had always been there.

“In 2014, the Elliott family clan was set up to find who we were related to,” she said.

“The current clan is descended from John Roderick Grant Elliot, who came from Glasgow, in Scotland. He arrived in Fiji in the late 1800s and married Miliana Masutawa Elliot from Koro.

She said the families were residing all over the world and did not know who they were related to.

“They were kind of aware, but not really told. So the committee was formed and from then, we started holding family reunions.

“From 2014 to 2018, I had gathered enough information from the family members locally and internationally to build up a family tree. We have close to 550 members of the family residing in Fiji and the rest are overseas.”

She added the family hired a genealogist from UK to track back the roots of John Roderick Grant Elliot.

Forty copies of the book have been printed and are on sale for $70 each.

The book is also available online on amazon.com