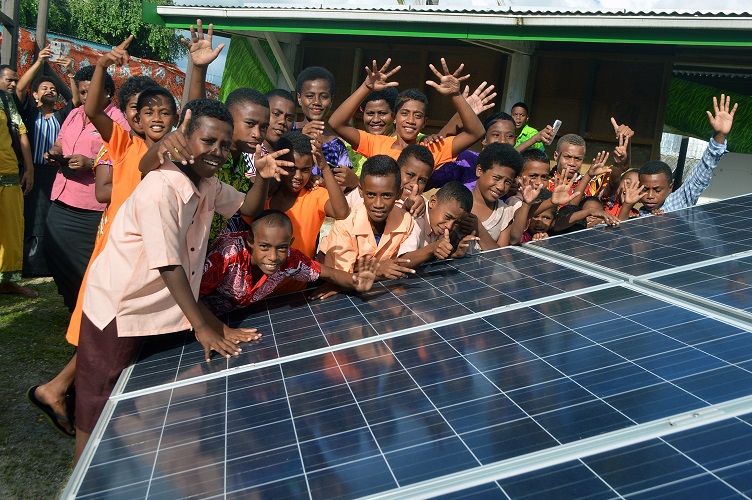 School children on Vio Island in Lautoka were among those that celebrated the launch of the Vio Island Rural Electrification Project by Prime Minister Voreqe Bainimarama yesterday. Picture: REPEKA NASIKO

FOR Vasemaca Ratukabu, 63, having the light on in her living room means more time spent with her children and grandchildren.

The Vio Island settlement resident says the precious time she spends with her family members at night has meant a lot to her.

The Tailevu woman and her family members were one of 56 households that were part of the first-ever Fiji Rural Electrification Fund (FREF) funded by the Leonardo DiCaprio Foundation in collaboration with Government.

Mrs Ratukabu says the project has significantly changed the lives of residents.

“Just switching on the light in our house brings a smile to my face,” she said.

“I’ve lived half my life without electricity in my house and to have this new light has really changed our family’s life.

“We used to sit in the dark and sometimes around a single candlelight.”

“Thanks to our presidency, we became a voice for fighting climate change and were able to develop the international relationships that make projects such as this a reality and we have big plans,” he said.

“We foresee this fund as just one of several mechanisms that will allow Government to deliver clean, renewable and affordable energy to rural Fiji.