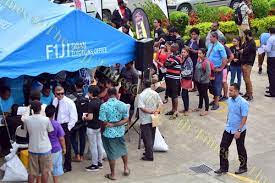 The report stated that in addition to press releases and press conferences, the FEO published information through its website and Facebook page, which currently had an approximate 94,000 followers.

It stated that the FEO also made use of commercial advertising on other major media platforms such as television, radio, newspaper, and digital screens, and publishes its own awareness materials such as the Election Information Booklet, brochures, and calendars that were extensively distributed.

“KYE ads ran on major platforms between February 20 to April 14, 2022. Afterwards, ads re-commenced on various platforms from June 1 and continued to air when this report was published,” the report stated.

It stated that as part of phase one of the KYE campaign, FEO teams had conducted awareness sessions directly for 1199 villages, 419 settlements and 227 schools.