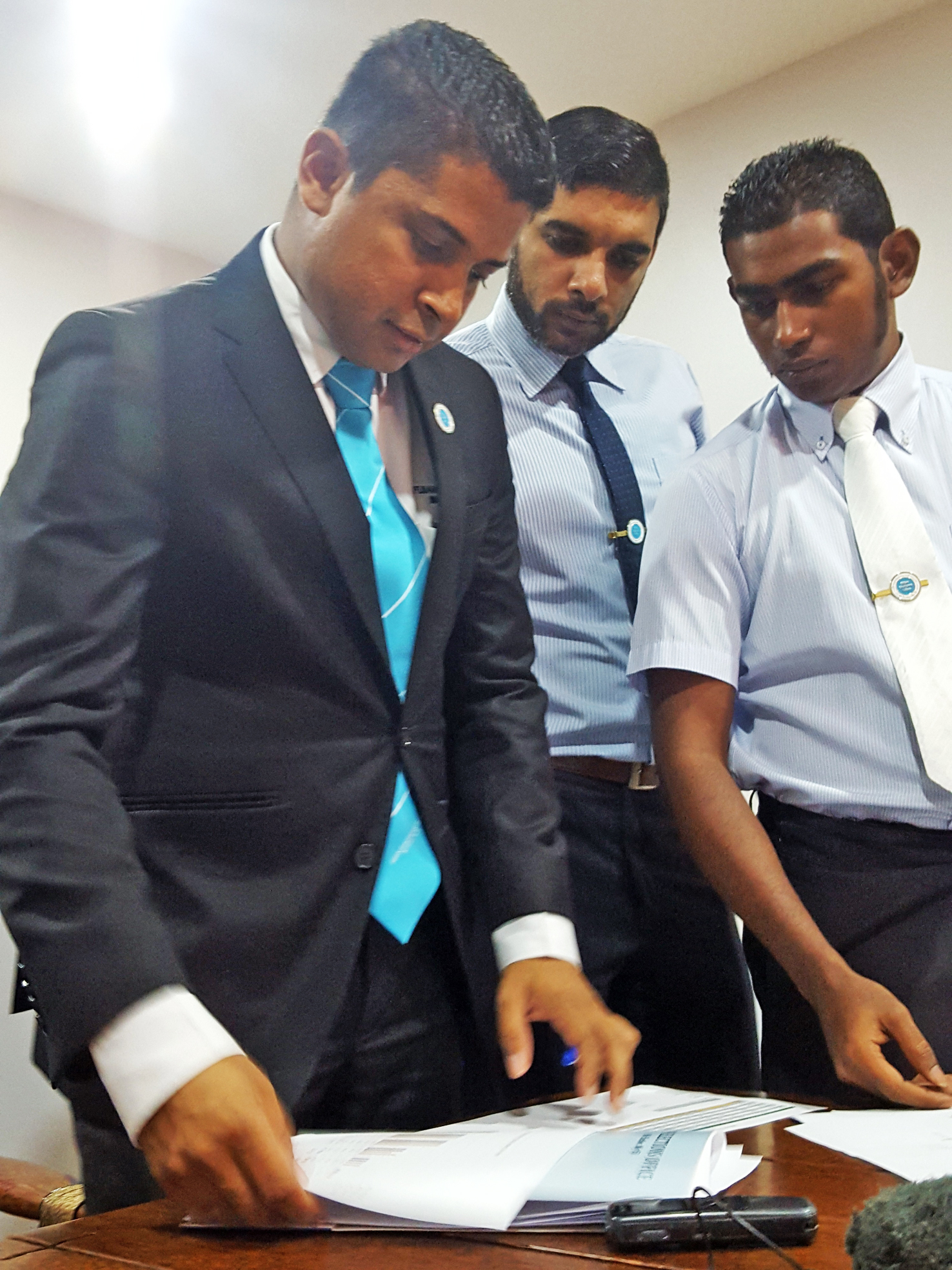 Supervisor of Elections Mohammed Saneem looking at stats with his staff Edwin Nand and Arin Kumar during a press conference in Suva. Picture: ELIKI NUKUTABU

THE 48-hour media blackout provision in the Electoral Act is necessary to protect voters from further campaigning.

Supervisor of Elections Mohammed Saneem reiterated this while speaking at a recent workshop on political and election reporting organised by the US embassy for more than 20 journalists from Fiji, Nauru, Tuvalu, Vanuatu and Tonga.

“We want voters to make decisions on information they have already received on their own accord,” he said.

“In Fiji it’s 48 hours, in Australia it’s 24 hours. We could look at moving towards a lesser period of blackouts as we get more mature and as we get more elections.

“That is very important. It is to protect the voter.”

He said parties have had four years to look at what the framework required.

“The candidates, the parties, the voters have had four years to familiarise themselves. If they want to actively participate in this process, you’ve had four years,” he said.

Meanwhile, out of the 12,000 postal voters in the 2014 General Election, only 7000 postal ballot papers were received by the Fijian Elections Office within the deadline.

Mr Saneem said this was because of a number of issues.

“When you are overseas, you have to apply for a postal vote and we will put your ballot paper in a DHL packet,” he said.

“There were issues of late delivery and all that but we were at the mercy of the supplier. I mean I can’t guarantee a person in Iraq can get his mail today or tomorrow, it is up to the supplier.”