‘Election can be called any time’ 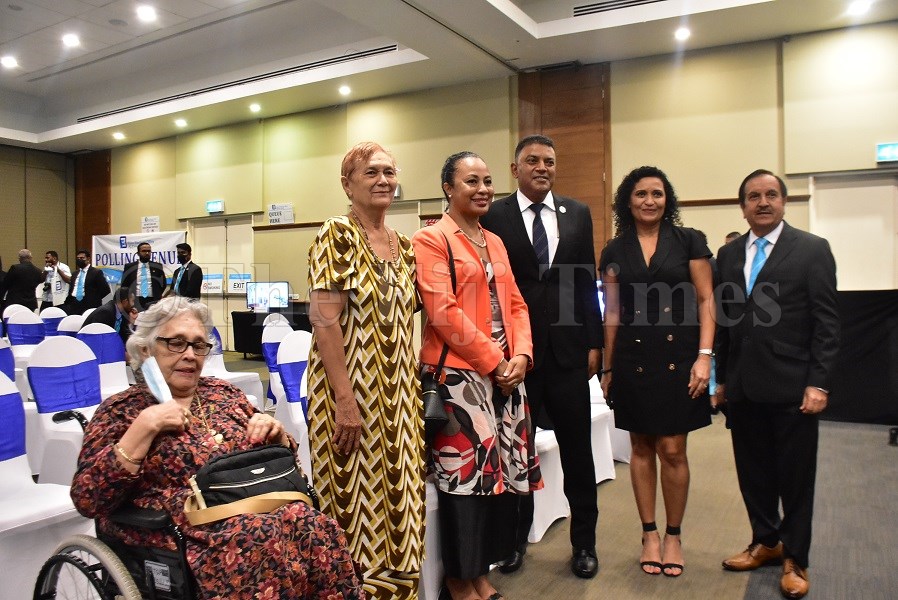 Chairman of the Electoral Commission Mukesh Nand (standing third from right) with guests during the launch of the nationwide registration and awareness campaign at the Grand Pacific Hotel in Suva yesterday. Picture: SOPHIE RALULU

The electoral system in Fiji does not provide for a fixed date for the conduct of general election.

Speaking at the Know Your Election Awareness Campaign launching program at the Grand Pacific Hotel in Suva yesterday, newly-appointed chairman of the Electoral Commission Mukesh Nand said the election could be called anytime from July 9, 2022 to January 9, 2023.

“While we do not know the date of election yet, we want to be prepared,” said Mr Nand.

“And we want the voters to access basic information on the general election.

“The Electoral Commission, under section 75 of the Constitution, is responsible for the conduct of free and fair elections in accordance with written law governing elections in Fiji.

“The Electoral Commission will follow the law as it is and that is our prescribed role in the Constitution.

“Under section 75(2)(b) of the Constitution, the Electoral Commission is also responsible for voter education.”

Mr Nand said the voter education was a major contribution to electoral integrity and voter confidence.

“The ‘Know Your Election’ campaign will disseminate consistent, balanced, non-partisan and objective information on what voters need to know in order to exercise their right to vote.

“Voters need to be educated about the electoral process to help them become an informed voter and every Fijian voter should have at least perused through one Election Information Booklet before they reach the polling station.”

Mr Nand said he looked forward to overseeing the conduct of the national exercise.

“We will work hard to ensure that every Fijian is able to cast their vote with confidence, security and freedom.”