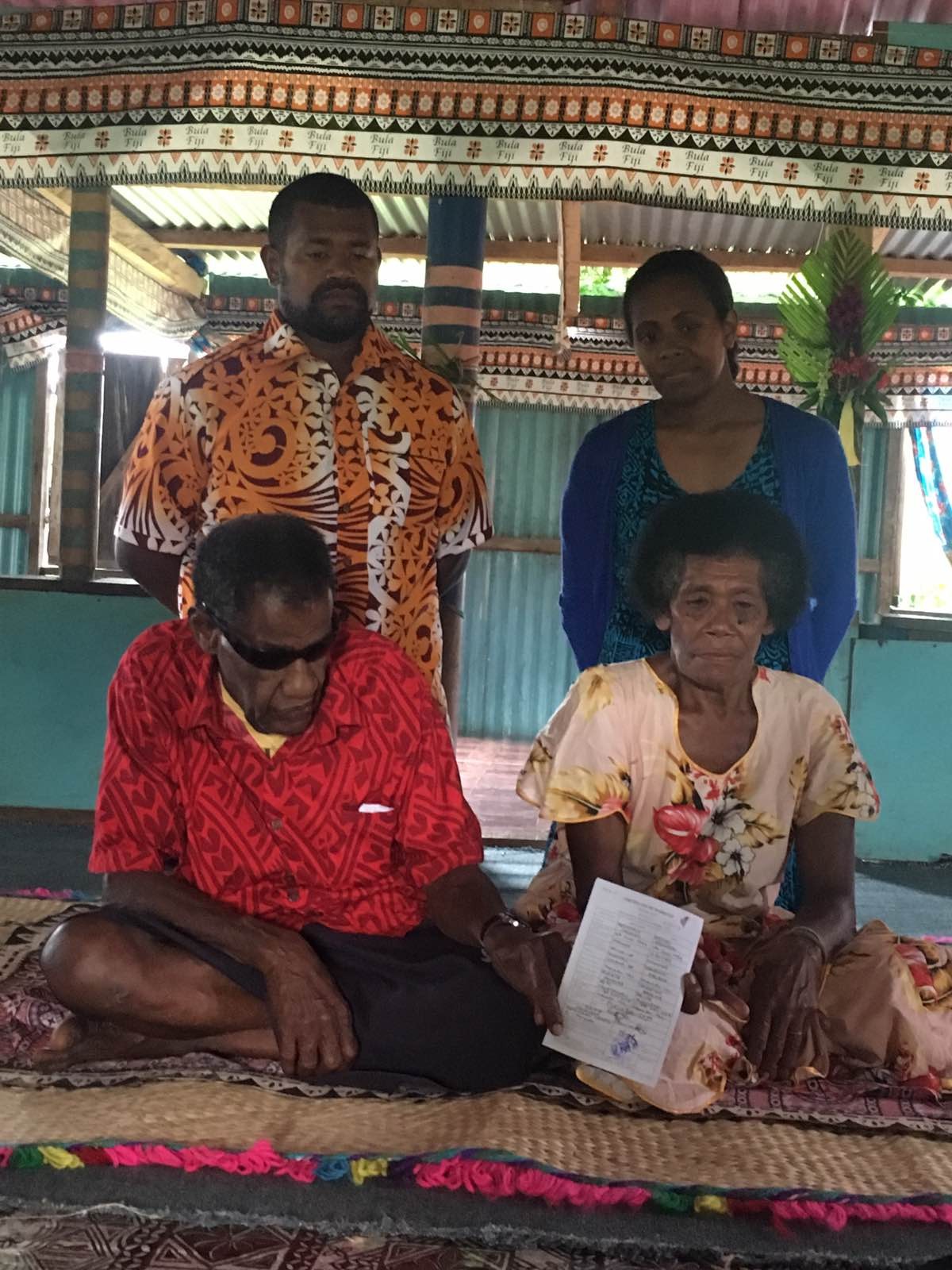 AFTER waiting for more than 20 years, a Ra couple was officially married.

This marriage was made possible through the Rights, Empowerment and Cohesion (REACH) Program that is providing services to the people of the Ra province, west of Fiji.

It was an early Christmas gift for Mecuisela Naisogo, 73, and Raijeli Rokodreu, 65, from Nukulau Village when they finally received their civil marriage certificate and legally received the right to be called a husband and wife.

Mr Naisogo and Ms Rokodreu took each other’s hand and exchanged their marriage vows before REACH officials and Nukulau villagers.

An emotional Mr Naisogo said they felt so emotional, happy with the knowledge that he was now married to his wife.

Ms Rokodreu said their marriage was delayed because of challenges in earning money, especially given their geographical location.

The REACH team has been working in the province for the past two weeks.

The REACH project has been the ambit of the Government under the Ministry of Women, Children and Poverty Alleviation, and they work with other government agencies in an integrated approach to reach out to communities in the rural, urban and in the maritime islands to provide a one-stop-shop of information and support related to government services.

The mobile REACH program assists the Government in taking its services closer to the populace.

The REACH team consists of officers from the Ministry of Justice, Ministry of iTaukei Affairs, Legal Aid Commission and the Fiji Police Force.