Elani calls it a day 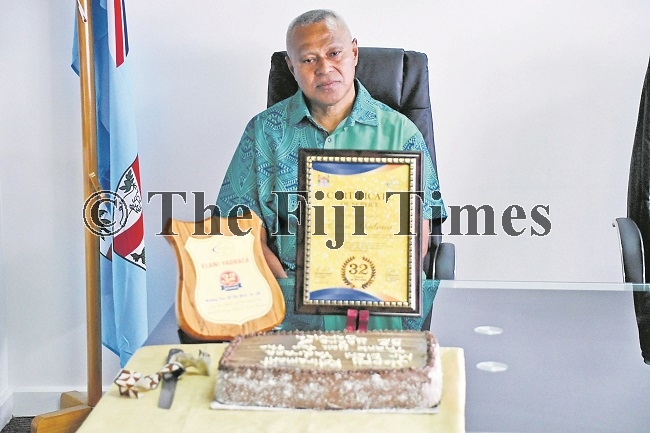 Elani Yadraca during his farewell party organised by the Ministry of Women, Children and Poverty Alleviation. Picture: SUPPLIED.

From the many corners he has driven to the many passengers he has taken as a civil servant driver for the past 32 years, Elani Yadraca is calling it a day.

Mr Yadraca said he counted himself lucky to have worked as a driver alongside various government ministers during his years.

The 55-year-old decided to retire from service and support his daughter pursuing a law degree.

Having started his career at the age of 23, the young and determined Mr Yadraca had a strong will to learn about the various ministries he was posted to and he considered himself fortunate to have worked at all those ministries.

“It was back in 1988 that I joined the Cabinet Section of the PM’s office and from there I became the driver for the Governor -General Secretariat and then for the Information and Television Ministry,” he said.

“I have worked with five ministers for women during my service and gained a lot of experience,” he said.

Mr Yadraca said he learned a lot of different things while working as a driver and he was grateful for the diverse opportunities.

“It was a great experience to work alongside women ministers, who often showed their motherly side when in leadership.

“With my line of work I got to visit places that I had never visited before and I got a chance to stay in wonderful places and be part of important government events and functions,” he said.

He said working for the Information Ministry allowed him to become a more confident individual. Something he learned while assisting the information team during government coverage.

Being employed as driver has helped him support his family particularly his children over the years.

“All my children are working except my youngest daughter.

“Now that I’m retiring I will be able to assist my daughter, pursue a law degree, just to help her find a good place to start her career.”

Ministry of Women, Children and Poverty Alleviation permanent secretary, Jennifer Poole said it was important for the ministry to recognise the excellent work that their frontline staff provided.

“Today is a milestone as we honour and recognise the contribution of Mr Yadraca to the ministry, the civil service and the country as a whole. We wish him a restful retirement and thank him and his family for choosing the civil service as a career and for sharing his time with us over the past three decades.

“We wish Elani Yadraca and his family all the best for the future,” she said.

Ms Poole said working in the Ministry service requires dedication, humility and compassion and that was what Mr Yadraca demonstrated in his service to the Fijian Government.

“Employees like you are the epitome of professionalism. Thank you for bringing your best to work every single day”.

Ms Poole expressed gratitude to the ministry’s staff for laying the carpet of honour for Mr Yadraca and implored him to become an ambassador of the ministry.

In his remarks, Mr Yadraca thanked the ministry for the support rendered to him during his time of service.

He also encouraged the staff to be honest and respect the government of the day.

He thanked the executives and the rest of the officials in the ministry for his retirement celebration.

Mr Yadraca was one of the longest serving employees at the Ministry.