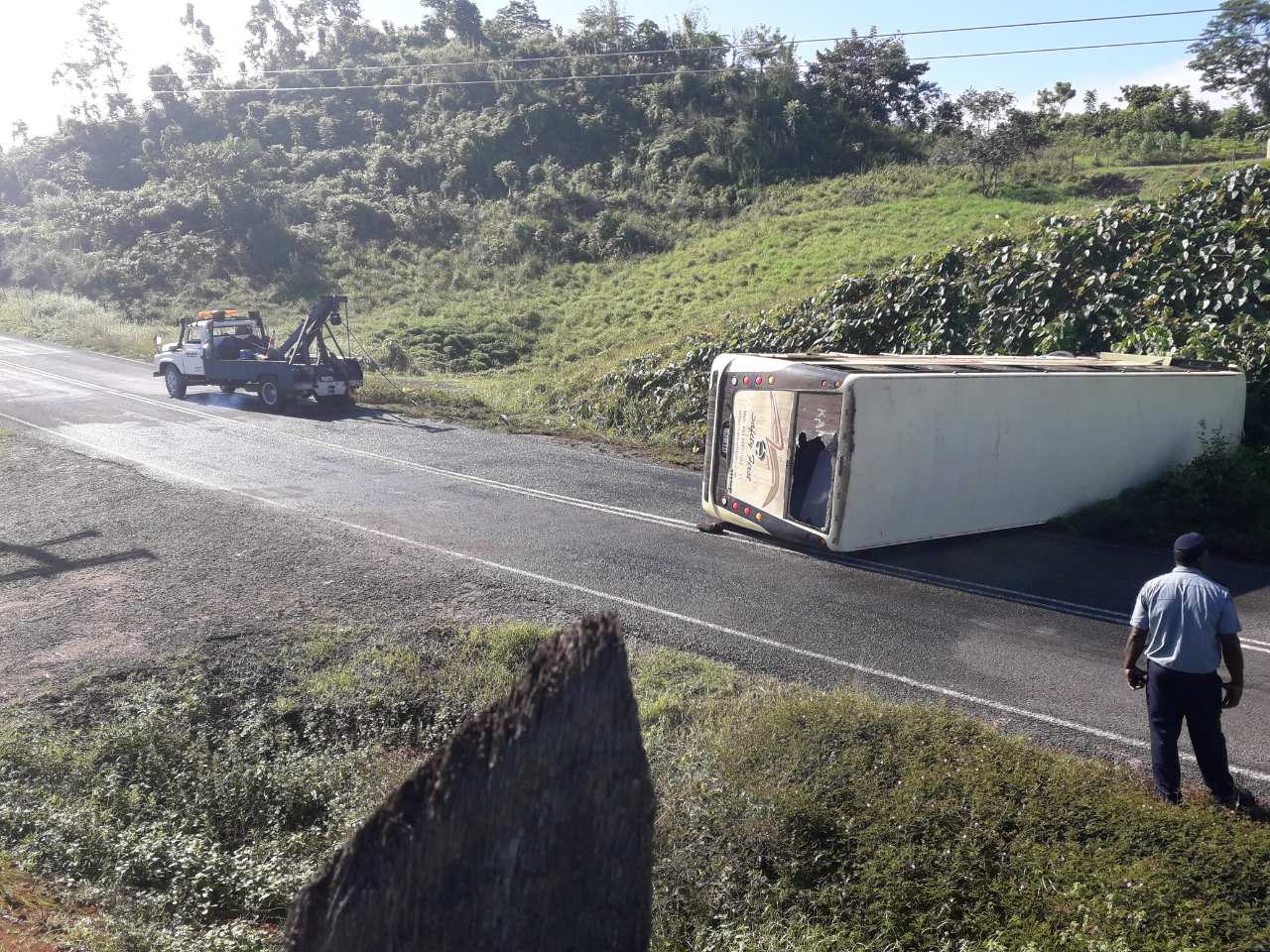 The bus lies sideways on the side of the road along the Sawani Serea Road, Naitasiri yesterday. Picture: SUPPLIED

EIGHT people who were passengers in the bus that was involved in an accident along the Sawani Serea Rd in Naitasiri yesterday are still admitted at the CWM hospital in Suva.

Three of the eight are children.

It has been confirmed that they are all in a stable condition.

Police have also confirmed that three passengers were discharged yesterday.

Those accident victims were among some 60 passengers on board the bus.

Police spokeswoman Ana Naisoro said the driver was alleged to have lost control of the bus when it tumbled before landing on the side of the road.

She had said that an elderly woman in her 70s was admitted under observation at the Vunidawa Hospital in Naitasiri, while 15 others were admitted at the CWM hospital.

She added 26 passengers sustained minor injuries, and 14 were treated at the Vunidawa hospital before they were sent home.

The driver is believed to be still in custody as investigations continue.