Egypt to press for outside mediator in Ethiopia dam dispute 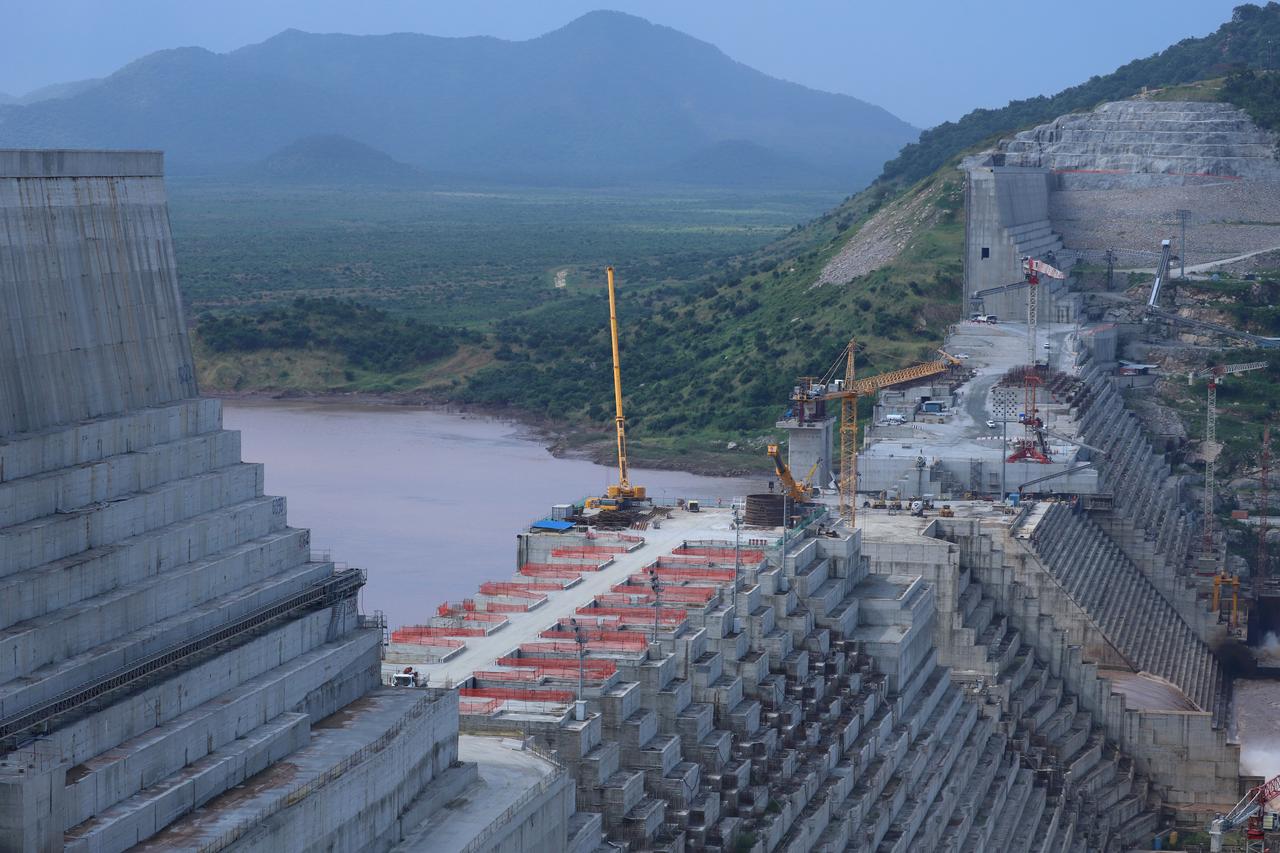 CAIRO (Reuters) – Egypt will push Ethiopia this week to agree to an external mediator to help resolve a deepening dispute over a giant hydropower dam being built on Ethiopia’s Blue Nile, officials said on Sunday.‮‮ ‬‬

Egypt sees the Grand Ethiopian Renaissance Dam (GERD) as an existential risk, fearing it will threaten scarce water supplies in Egypt and power generation at its own dam in Aswan. ‮‮ ‬‬

Cairo says it has exhausted efforts to reach an agreement on the conditions for operating GERD and filling the reservoir behind it, after years of three-party talks with Ethiopia and Sudan.

Ethiopia has denied that three-way talks are stalled, accusing Egypt of trying to sidestep the process.

Egyptian President Abdel Fattah al-Sisi is expected to raise the demand for a mediator when he meets Ethiopian Prime Minister Abiy Ahmed during a Russian-African summit in Russia this week.

“We’re hoping this meeting might produce an agreement on the participation of a fourth party,” an Egyptian foreign ministry official told journalists at a briefing. “We’re hopeful to reach a formula in the next few weeks.”

Egyptian officials said they had suggested the World Bank as a fourth party mediator, but were also open to the role being filled by a country with technical experience on water sharing issues such as the United States, or the European Union.

Recent proposals put forward by Egypt for a flexible reservoir-filling process and a guaranteed annual flow of 40 billion cubic metres were rejected by Ethiopia.

The latest rounds of talks in Cairo and Khartoum over the past two months ended in acrimony. “The gap is getting wider,” the Egyptian foreign ministry official said.

Egypt draws almost all of its fresh water supplies from the Nile, and is faced with worsening water scarcity for its population of nearly 100 million. It says it is working to reduce the amount of water used in agriculture.

Hydrologists consider a country to be facing water scarcity if supplies drop below 1,000 cubic metres per person per year.

Egypt currently has around 570 cubic metres per person per year, a figure that is expected to drop to 500 cubic metres by 2025, without taking into account any reduction in supply caused by GERD, Egyptian officials said.

Ethiopia is expected to start filling the GERD reservoir next year.