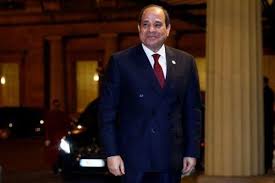 Forces of the Turkish-backed Government of National Accord (GNA) advanced into the central coastal city of Sirte, they and residents said, though eastern forces said they had driven them back.

In a series of rapid victories, the GNA has, with Turkish support, suddenly brought most of northwest Libya back under its control, dashing Haftar’s bid to unite the country by force with help from Egypt, the United Arab Emirates and Russia.

Two oil engineers in south Libya told Reuters that production at the Sharara field was also gradually restarting after having been shut down in January by eastern-based forces. It could help revive GNA finances after months of almost no revenues.

Appearing at a news conference in Cairo alongside Sisi, Haftar agreed to a new political initiative that analysts say could dilute his power in his eastern home territory and may demonstrate the impatience of his foreign backers.

The GNA seemed poised to reject Egypt’s proposals, which included a ceasefire from Monday and a longer-term peace plan, but its war with Haftar’s Libyan National Army (LNA) in the east still seems far from over.

Both sides’ foreign backers may be unwilling to curtail efforts to expand their regional ambitions. The LNA still controls the east as well as most of Libya’s oil fields in the south.

Libya has had no stable central authority since dictator Muammar Gaddafi was overthrown by NATO-backed rebels in 2011 and has been split since 2014 between rival administrations in east and west.

Speaking alongside Haftar and Aguila Saleh, the head of the eastern Libyan parliament, Sisi proposed a plan that includes talks in Geneva, the election of a leadership council, the disbanding of militias and the exit of all foreign fighters from Libya.

In brief comments, Haftar said he hoped Sisi could make “urgent and effective efforts to compel Turkey to completely stop the transfer of weapons and mercenaries to Libya”. The UAE was quick to state its support for Saturday’s declaration.

Wolfram Lacher of the German Institute for International and Security Affairs said the Egyptian plan was aimed at “cutting Haftar down to size” by expanding Saleh’s role.

Haftar is a deeply divisive figure whose latest offensive has upended a U.N.-led peace process. It is unclear how much traction any initiative proposed by him or his allies can gain.

Numerous attempts to establish truces and a return to negotiations have foundered, though the United Nations has started holding separate ceasefire talks with both sides.

Egyptian-led efforts to unify Libya’s military have also stalled in the past over Haftar’s demand to be supreme commander, diplomats say.

Since Thursday, the LNA has lost its last footholds in Tripoli and its most important northwestern stronghold, the town of Tarhouna. On Saturday morning, GNA forces continued their advance as the LNA retreated from al-Washka, west of Sirte.

GNA forces are likely to keep going until they meet resistance, said Tarek Megerisi, a Libya analyst at the European Council on Foreign Relations.

“Right now, military voices are ascendant and supported by a fear that Haftar and the UAE will exploit any truce to consolidate and launch counter-attacks,” he said.