EFL proposes an increase in share of renewable energy supply 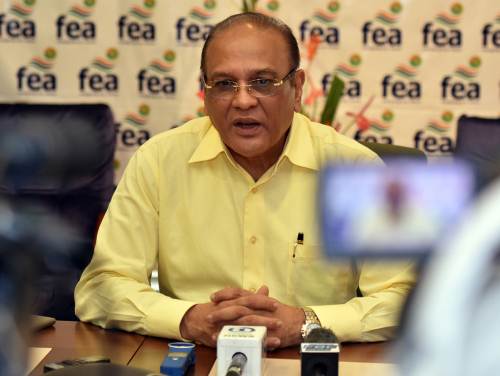 ENERGY Fiji Limited(EFL) has submitted a proposal to the Fijian Consumer and Competition Commission (FCCC) to increase its share of renewable energy supply by purchasing solar power from independent power producers (IPPs) in Fiji.

In a statement, EFL chief executive officer Hasmukh Patel said EFL was leading the charge in carrying Fiji towards its ambitious aim of meeting 99 per cent of the country’s energy demand with renewable power by 2030.

“EFL is not only investing in our own renewable energy infrastructure, we’ll now be buying back renewable power that is independently generated across the country and distributing that energy throughout all of Fiji,” Mr  Patel said.

“We see it as our corporate responsibility to work closely with IPPs who are already generating renewable power, or who are exploring that possibility, in order to create a viable market case for renewable power generation across our national grid.”

He said through its Renewable Fiji initiative, EFL would purchase solar energy at negotiated market rates from IPPs through a power purchase agreement with the objective of no caps on buybacks.

He added they would then distribute that energy across the national grid.

“EFL has also proposed a fixed monthly charge for IPPs that utilise solar energy as it is produced, and then switch onto the national grid when necessary, thereby tapping into the company’s robust infrastructure network,” he said.

Mr Patel said under EFL’s new proposal to the FCCC, IPPs would be able to sell their solar power directly onto the grid, helping power Fijian businesses, schools and homes across the country with clean, renewable power.

He said the full details on how IPPs could participate in the buy-back initiative would be announced in due course.