Effects of COVID-19- The road back to economic survival 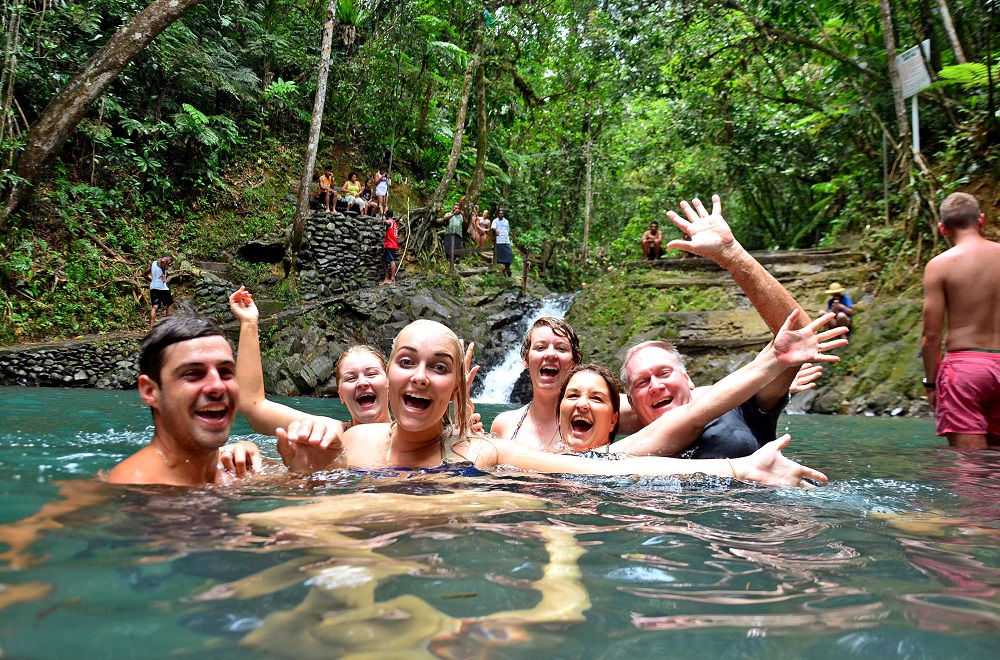 The tourism industry was knocked over in 2020 because of the border closures and absence of international travel. Picture: JONACANI LALAKOBAU

As the global economy tries to get back on its feet despite the pandemic, Fiji’s national financial system is no doubt struggling as well.

The tourism industry was knocked over in 2020 because of the border closures and absence of international travel. The resultant $3 billion in lost revenue is not the only contributing factor to the struggle.

The RBF’s April Economic Review made for some tough reading with declines noted in visitor arrivals and mahogany production, investment and consumption activity remaining weak, a decline in job recruitment advertisements with the resultant net fall in compulsory FNPF membership and private sector credit falling for the ninth consecutive month.

Global crude oil prices fell because of reduced demand, although we did not see that reflected in Fiji, and liquidity increased to over $1 billion with lending and deposit rates down as a consequence, but again not reflected in increased credit access if anecdotal information is anything to go by.

As our government and economists try to wade through the murky waters on the road back to economic survival, Fiji can take small comfort in knowing it is not alone in burgeoning debt levels and very little light at the end of a seemingly endless tunnel.

Countries around the world are grappling with the consequences of the pandemic, and the devastating socio-economic impacts are apparent as governments struggle to protect the health and wellbeing of citizens and respond effectively to rising unemployment and drastic economic downturns.

COVID-19 and its many variants are raging their battles with devastating second and third waves exploding infection and death numbers compounding the many vaccines on offer that appear to be sabotaging the catch up efforts for herd immunity strategies.

And for the most part, we humans appear to be winning, although that may depend on where you are in the world at any given time.

But at the end of this, the price paid to achieve success will be deemed exorbitant as globally, there have been 152,534,452 confirmed cases of COVID-19, including 3,198,528 deaths, reported to the World Health Organization.

While that puts things into perspective for many of us, it should also make all Fijians grateful for the far more positive vaccine opportunities that we have been provided here, thanks in no small part to donor agencies and international partners working closely with the Government.

But more importantly, perhaps we do not collectively appreciate the fragility of our tiny economy and its dependence on winning “the war”, as the good doctor called this current fight against the virus.

The toll on global industries, while heavy, was largely expected, but the toll on human populations has been less believable, probably due in no small part to us taking our existence for granted.

Fiji, despite her ability to punch well above her weight, is still only a small island state with limited resources at her disposal, unable to respond as quickly, recover adequately or safeguard her population without co-ordinated, international support.

World economies have been advised that the demand for change to our daily lives because of the pandemic and the adverse impact on global economic systems, requires a reciprocal and fundamental shift in development finance ecosystems as well.

Fiji and indeed, many Pacific island Countries (PICs) may not be able to survive and recover from this crisis in the absence of adequate, timely, development finance support.

The Fiji Bureau of Statistics recently released a report on a survey conducted between January and February this year dealing with the challenges that businesses in Fiji were facing.

The respondents of the survey accounted for 70 per cent of Fiji’s total gross output in the economy. Survey questions requested responses on business operations, changes in working hours and employment, revenue, capital investment and confirmation of business closures.

The survey’s results were sobering but not unexpected and indicated that 94 per cent of the businesses interviewed were adversely affected by COVID-19.

To ensure survival and manage business expenditures during the pandemic, the most reported measures undertaken included having to prioritise payments, renegotiation of building rentals, deferment of loan repayments and reduction in wages and salaries.

Tourism businesses surveyed indicated an inability to cope in the early days of the border closures because of drastically reduced international customer demand and then subsequently moving to reduced staffing numbers and reviewing operational needs downwards.

Look no further than the tourism industry for examples of restrategising, the new normal, downsizing or rightsizing and multi-faceted operational budgets that change between non-operational weekdays and all hands on deck weekends and holidays.

Building resilience as part of the building back better recommendations must be a serious consideration for Fiji. Going back to ‘business as usual’ would expose us to further shocks.

Governments and other public stakeholders must collaborate with the private sector to identify the best way forward. We need to be able to recognise and prioritise opportunities that will firmly set us on a path back to a more resilient recovery. Not just recovery for recovery’s sake.

There must also be the willingness to identify how the private sector can support this course of action so that we will be able to attract the investments we need as a country and to create an economy that will be more stable, inclusive and sustainable in the long term.

The United Nations report on Socio-Economic Impacts of COVID-19 notes that the recovery from the crisis must lead to a “different global economy”, with a call to action that “countries must not only unite to beat the virus but also to tackle its profound consequences”.

And exactly how do we do this?

By “designing fiscal and monetary policies able to support the direct provision of resources to support workers and households, the provision of health and unemployment insurance, scaled-up social protection, and support to businesses to prevent bankruptcies and massive job losses”.

We must first survive before we can effectively move into recovery mode and this will mean we acknowledge that we need a hand to get back up again.

But more significantly, it means we must also acknowledge that we need to change what we do when we get back up again, as we inevitably will, and prepare to change key policies that support becoming a more resilient economy.