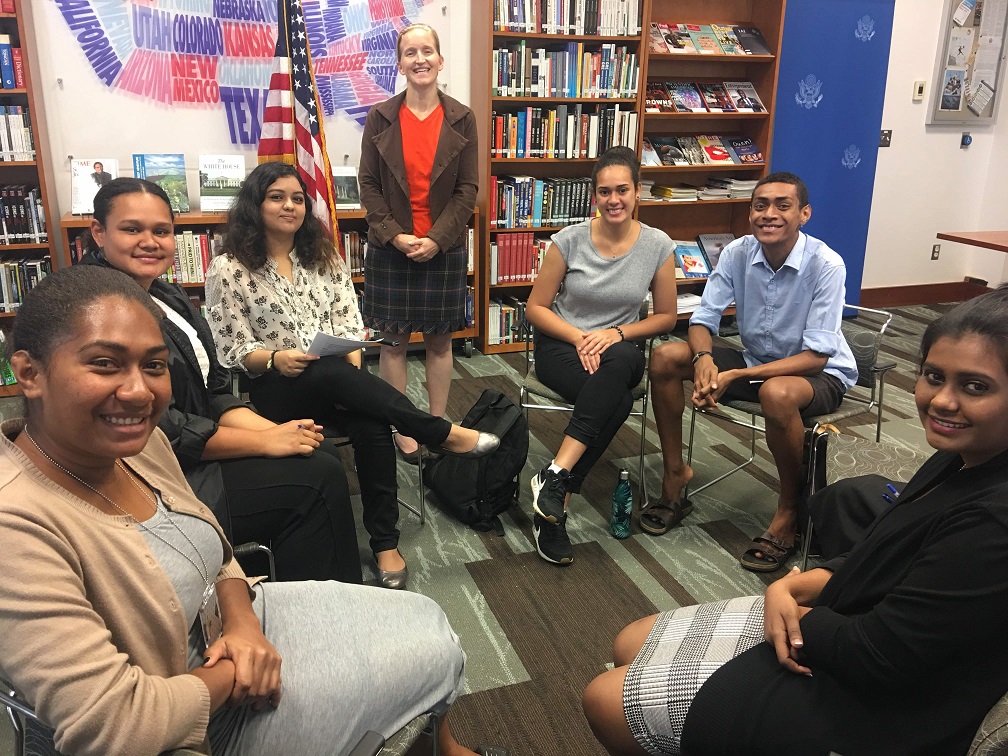 THE Public Diplomacy Officer for the US Embassy in Suva, Rebecca Archer-Knepper welcomed members of the Educational Talk Program for their first meet and discussion on human rights earlier yesterday.

The event was part of the International Day of Democracy was celebrated on September 15.

In her remarks, Ms Archer-Knepper highlighted the work done by Eleanor Roosevelt, a former first lady and human rights champion, who helped promote the Universal Declaration of Human Rights (UDHR).

She said Eleanor Roosevelt was the Chairperson for the draft committe on the UDHR.

“The U.S. Embassy Suva has been working with a variety of stakeholders from government officials, NGO staff members, students, and the media to promote the basic tenets of democracy and human rights.

Through government level meetings, press workshops, discussions on human right, capacity building events, and information campaigns we have been, are, and will be proud supporters of democracy across the Pacific,” Ms Archer-Knepper said.

Countries that have ineffective government institutions, rampant corruption and weak rule of law have a 30-to-45 percent higher risk of civil war and higher risk of extreme criminal violence than other developing countries.”

She said to help change this narrative, we are integrating democracy programming throughout our core development work, focusing on strengthening and promoting human rights, accountable and transparent governance, and an independent and politically active civil society across all our work.

“At the same time, we remain committed to fundamental democratic empowerment activities, including supporting free and fair elections, up-to-date technology for new and traditional media, as well as the rule of law.
“By helping societies protect the basic rights of citizens, we prevent conflict, spur economic growth and advance human dignity.

Countries with democratic freedoms are more just, peaceful and stable-and their citizens can fulfill their potential.

Through its democracy, human rights and governance programs, the United States remains committed to protecting and advancing our most cherished values.”