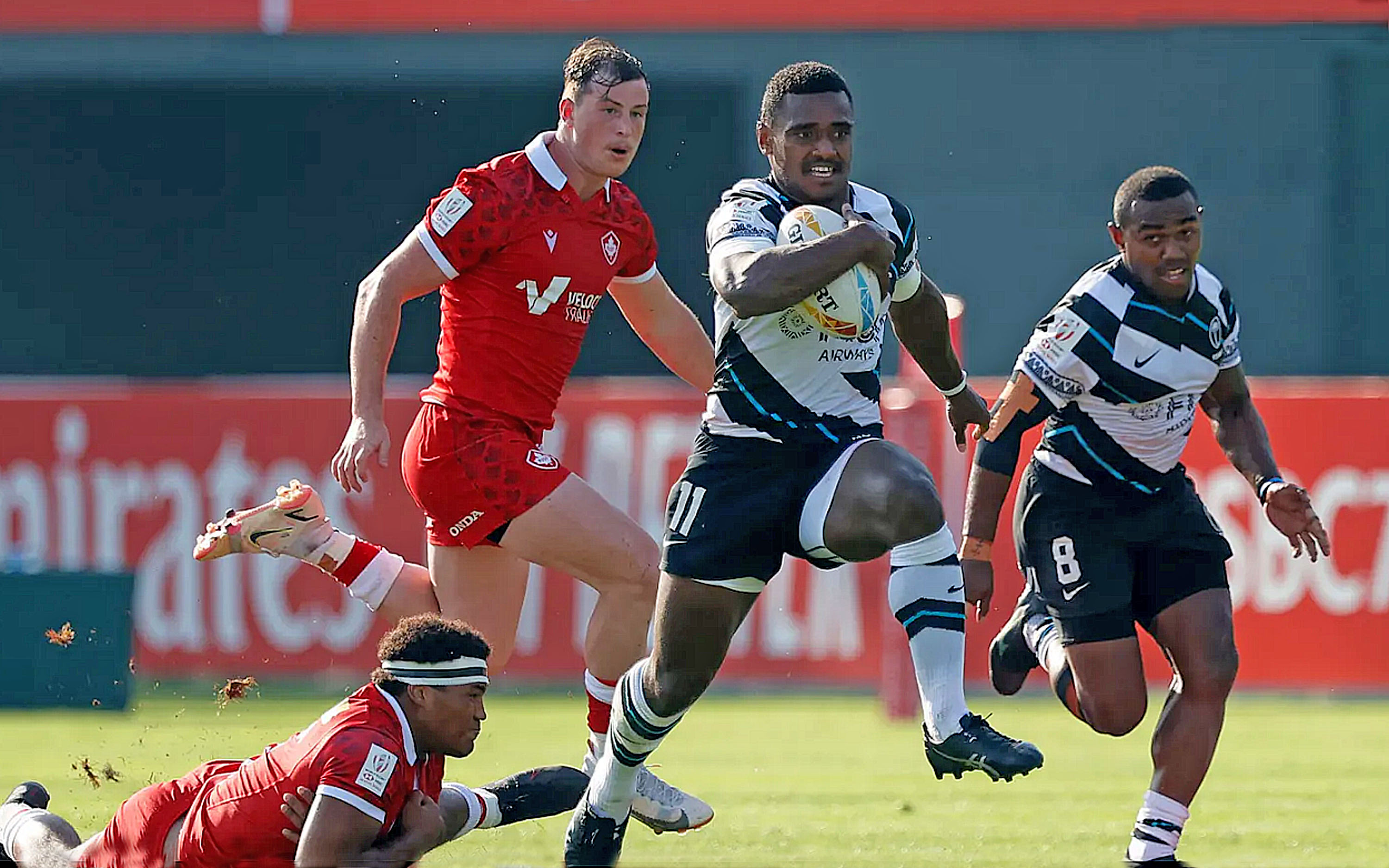 Fiji's Kaminieli Rasaku breaks through the defense for a try on day one of the Dubai Emirates Airline Rugby Sevens 2021 men's competition on 26 November, 2021. Photo credit: Mike Lee - KLC fotos for World Rugby

Olympic Games gold medallist Asaeli Tuivuaka believes our team of rookies must work together if we want to win the top prizes at the World Rugby 7s Series.

He said team work was important on the international stage, especially in the 7s series.

“We had a good start, but more team work and commitment to each other would be the key to going forward in the series,” Tuivuaka said from Capetown, South Africa yesterday.

“Every player has great skills, but they need to work together a lot more instead of playing individually.

“The Zebre Rugby Club winger praised and urged all the debutants to keep their heads high and be proud of a gallant performance despite finishing fourth at the weekend.

“We took 11 new players and managed to reach the semifinals. Only Fiji can do that and I am so happy with the performance that the new boys displayed,” he said.

“They beat Australia and lost in the semi-finals by two points to the United States and had a close game against Argentina.

“Their performance will now improve after learning from their weaknesses. Now they will build on the experience they have learned from playing the best players from around the world.

“Please keep playing hard and together as a team and you will reap the rewards soon.”

Fiji is in Pool C again this weekend with Argentina, France and Spain for the second and final tournament of the year in Dubai.

We echo his sentiments.

Brimming with rookies, 11 in all, we stood out with impressive efforts in the pool rounds, and in the quarter-finals against Kenya.

Our defensive shape held up and was a feature of our campaign.

We weren’t bringing down the opposition in the first up tackles all the time, but we were in their faces.

We attacked with enthusiasm and our work around the half gaps was a sight to see.

We were feeding runners on the fringes and we caused some damage everytime our passes stuck.

But therein was an issue that will have to be ironed out by acting national coach Saiasi Fuli.

We weren’t confident in the scrums and in the rucks, but that will no doubt come out well with exposure at this high level of competition.

What we did display was an amazing array of talented players who will no doubt improve from the weekend.

The question is, are other teams prepared to account for this?

South Africa may have left a daunting marker for other teams as they won their eighth title in Dubai, but we went in loaded with rookies, and came off with some breath-taking rugby 7s, proving to the world that we do have a factory of 7s talent back home.

Fans will no doubt be rubbing their hands in glee at the prospect of watching the team in action again this weekend.

It is now up to the management to manage our campaign well moving forward.

What a debut, what a team!