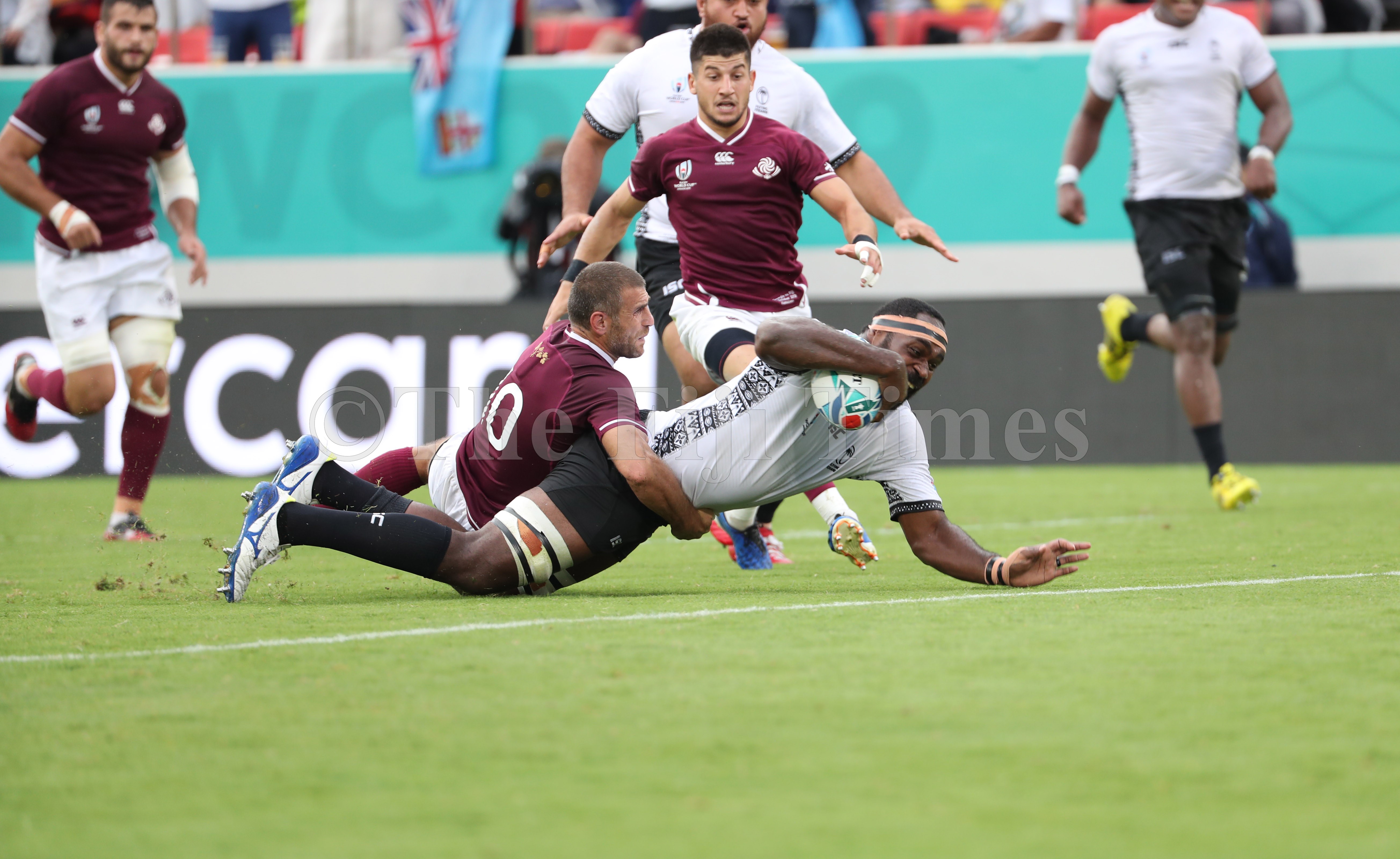 What a beauty that was!

With their backs to the wall, the Flying Fijians sought redemption, and sealed a 45-10 victory over Georgia at the Rugby World Cup yesterday in Japan with an exciting free-flowing game.

We were on fire.

National coach John McKee spoke about adjustments of our scrum in the wake of the nail-biter against the Australian Wallabies in our opener.

Against the formidable Lelos’ scrum yesterday, we held our own.

It was inspiring stuff. When it mattered most, we were ably fed off this base by halfback Frank Lomani.

The 27-30 defeat at the hands of Uruguay last week had hit fans hard.

Yesterday’s seven-try rout of Georgia was lapped up with enthusiasm by fans.

Yesterday we dominated territory, possession and came off very strong in the set pieces.

We carried the ball forward more than Georgia, we had more carries over the gain line, more runs, more passes and more clean breaks.

We conceded eight penalties to Georgia’s 13 and our defensive shape held up quite well against The Lelos.

While there were many heroes for the Flying Fijians, first five-eighth Ben Volavola was strong as our pivot, dictating play well.

Man of the match Semi Radradra was a thorn on the Lelos’ back with his searching runs. McKee had given him and fellow winger Josua Tuisova the licence to roam the field.

Upfront our pack held its own. Openside flanker Semi Kunatani scored a try on debut.

Our hopes for a stint in the quarter-finals may have diminished with the loss to Uruguay.

The challenge though would be to continue to lift our game against Wales next week for an automatic entry to the next RWC.

McKee said he would not be taking the results of the other pool matches into consideration, saying they will just focus on their game.

There was no doubt about the fact that victory yesterday was achieved with a strong effort in the scrums.

We won all our six feeds.

McKee said they had been working on their scrum for a long time to achieve what they did against Georgia yesterday.

It’s now back to the drawing boards to prepare a game plan that we hope can defeat Wales next. Go Fiji, go.