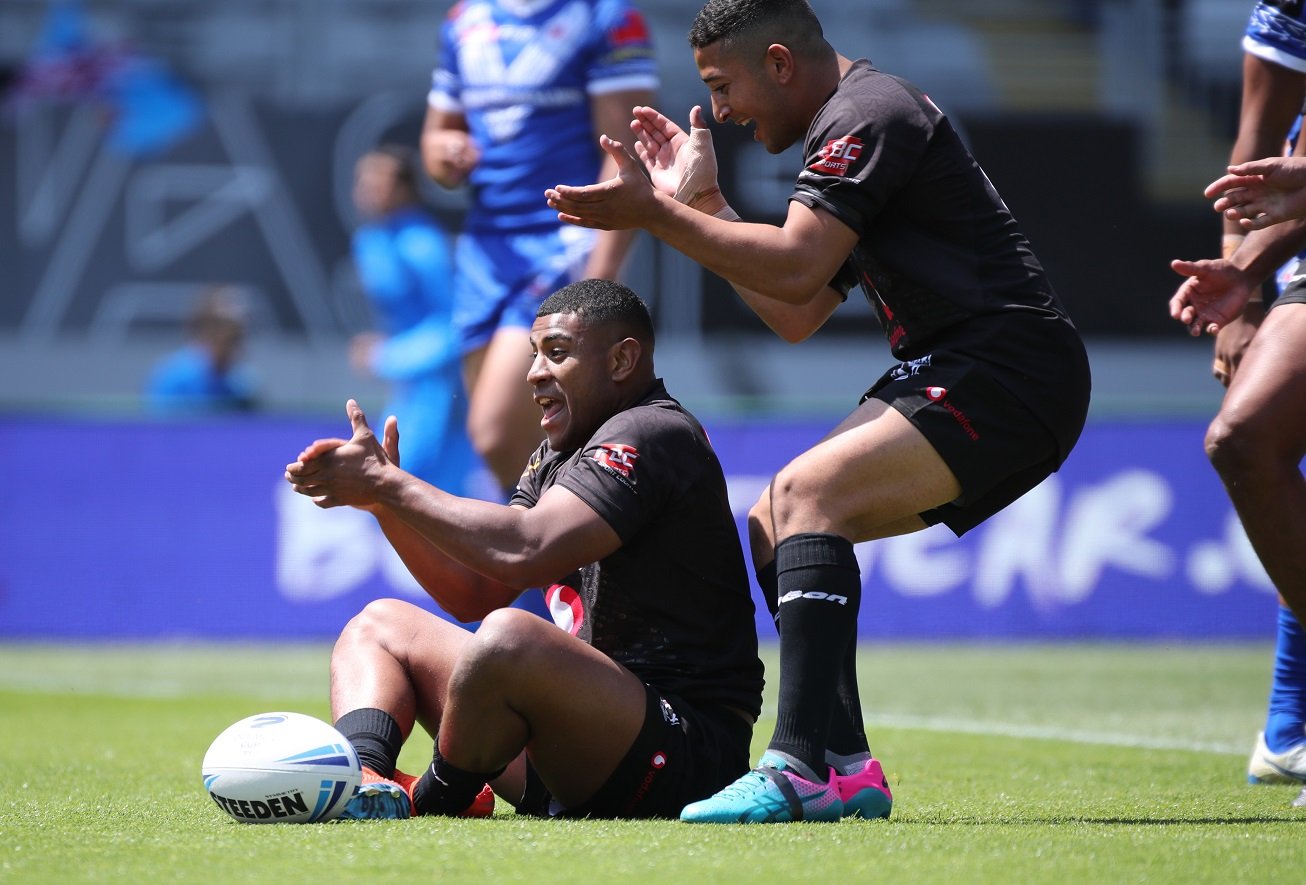 THE Fiji Bati stormed through to a thrashing 44-18 win over Samoa yesterday in our opening game of the Oceania Cup at Eden Park in Auckland, New Zealand.

The win was sealed by a powerful opening 40 minutes which saw the Bati lead 30-6.

Three more tries in the second spell anchored the powerful performance by the Bati.

While there were many heroes for the national side, Penrith Panthers backrower Viliame Kikau easily earned the highest accolades.

He was a thorn on Samoa’s side, coming off with a blinder on top of two tries in the first half, and setting up a third.

Coming off our early exit at the Rugby World Cup in Japan last month, the win would have been lapped up Fijian fans eager for some feel-good moments.

The Bati were on fire.

They packed a punch on attack and stuck to their guns in defence.

They probed holes in the Samoan defence, and were pushing passes like sevens rugby stars.

What would have stood out though was the fact that we went in with a side that only had a handful of National Rugby League stars the likes of Kikau, Storm frontrower Tui Kamikamica and Parramatta Eels frontrower Kane Evans.

The Bati will now prepare for their next game against the Papua New Guinea Kumuls next weekend.

It’s not difficult to accept that for most Fijians, the focus of attention would have been firmly on the final of the RWC 2019 between England and South Africa last night.

Rugby league, with its entry into next season’s New South Wales Cup competition, is set to attract attention though.

Yesterday’s effort, with a relatively young side, was a positive reflection of the abundance of talent we have.

The direction the sport is taking will be seen as a lucrative option by talented Fijian youngsters.

Yesterday’s exciting display of power, pace and amazing flair and talent can only be positive for the sport.

It was good to see our young upcoming rugby league players take on some of the best in the game, and come off with a blinder.

What a game, what a result!