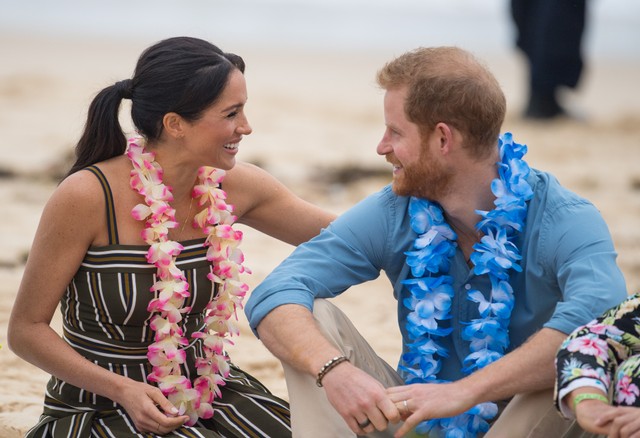 TODAY is a special day in our history. We welcome the Duke and Duchess of Sussex to our country.

Whether Australians fell in love with Prince Harry and Meghan Markle on their whirlwind visit there, starting their 16-day tour that will include Fiji, Tonga and New Zealand, Fijians will definitely lap up the honour of welcoming royalty.

It goes without saying that we have always shared close links with the British monarchy.

It’s actually steeped in history stretching back to October 10, 1874, when our chiefs signed a document on Ovalau, ceding the rule and governance of our islands to Great Britain.

In exchange we sought the protection of the Crown. This has left an indelible impression on our history and the minds of Fijians who can still vividly remember this very close link.

On Sunday we ran Jese Koroinacika’s story. At 85, Mr Koroinacika still has a photo of the Queen when she inspected a guard of honour he was part of during her visit to Fiji in December 1953.

He lives in Wairiki on the island of Taveuni.

Litiana Vulaca, 85, keeps a photo of the Queen pictured with Adi Cakobau School’s founding principal, Frances Lillian Charlton. It was taken during the queen’s visit to the school on December 18, 1953. Litiana served the Queen tea that day. Over the years, members of the royal family have visited our country.

In 1953, the Queen and the Duke of Edinburgh visited us in the royal yacht Britannia. Seventeen years later, during Fiji’s first Independence Day, it was Prince Charles who represented his mother.

He read a message from the Queen and gave then Prime Minister Ratu Sir Kamisese Mara Fiji’s instruments of independence.

On October 1973, on her way to open the Sydney Opera House, Her Majesty stopped briefly in Fiji, stepping out into brilliant Nadi sunshine.

She reportedly had the best Fiji fish and cold meats for lunch, duck curry for dinner. In 1982, the Queen made another historic trip here.

This time, she opened the Great Council of Chiefs meeting on the island of Bau and bestowed a royal honour on Ratu Sir George, who received the Royal Victorian Chain linking back to King Edward the VII in 1902.

Preparation for this particular visit has been going on for some time now.

The couple attracted attention in Australia for various reasons.

They mingled with Australians, shook their hands, hugged babies and chatted with them.

Then there was the news of an expectant Meghan.

They made the news, and have probably stirred the imagination of people of our nation.

Today we can expect road closures and tightened security around the Capital City, which is to be expected for such a visit.

But it’s one of those days that we will probably look back on with different views in the future.

It will definitely be part of our history, inching out a touch of excitement and memories for many though.

For now, we welcome the royal couple and let us show them true Fijian hospitality.