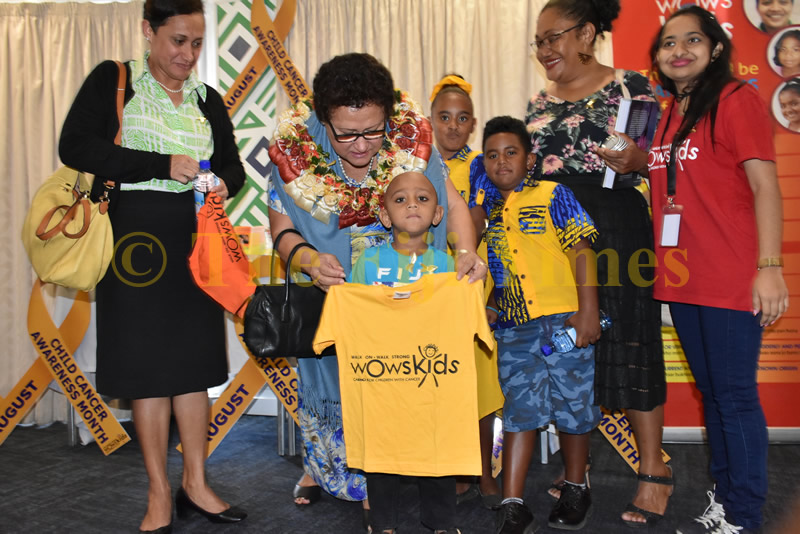 Around this time last year, the weather wasn’t on their side, yet it did not deter organisers of the Walk On Walk Strong (WOWS) Kids Fiji walk and fun run in Sigatoka.

It rained throughout the night, and as dawn broke in the Western town, the rain didn’t seem to be going anywhere. It was cold as well.

The participants turned up in numbers though.

They were either family members of kids living with cancer, friends, knew of someone who suffered from it, or had a child suffering from it, or they were there to show their support for what they believed was a worthy cause.

They came in dressed in superhero costumes.

At the end of that event, WOWS Kids Fiji team leader at the time Viola Lesi said she was overwhelmed by the huge turnout.

She had a very important message. No one should ignore the early signs of childhood cancer.

It was apt then as it is now. It makes sense.

The earlier the cancer is detected in children, the better their survival rate.

“For us in developing countries, our best protection is early detection so we need to be more vigilant with that,” she said at the time.

The thought of cancer is frightening for many people.

Family members of those suffering from the illness go through so much.

It is an emotional roller-coaster ride for them. It can be daunting.

It can be frustrating, and tiring. It is stressful and demanding on their time.

It’s a month when WOWS, an organisation set up to cater for young cancer sufferers works on creating awareness about child cancer.

In the process, New Zealand High Commissioner to Fiji Jonathan Curr, and his counterparts from Australia, the United States of America, United Kingdom and France, helped raise in excess of $30,000 for WOWS Kids Fiji.

It’s this kind of support that enables WOWS to do what it does daily for our children. It touches the hearts and minds of families impacted by cancer.

It tugs at the heartstrings and is an overwhelming reminder that there are good Samaritans around us. They make life worth living for some families.

When they are left staring at a blank walls, such acts of kindness are powerful and motivating.

For many families, there is added reason to fight on for their loved ones.

It leaves an indelible impression on the mind when a very close family member suffers from it.

In the face of great fear though, sits hope in early detection.

That is a critical message that organisations like WOWS are keen to get across to as many parents and guardians as possible.

There is no room for ignorance. Early detection could make a difference.