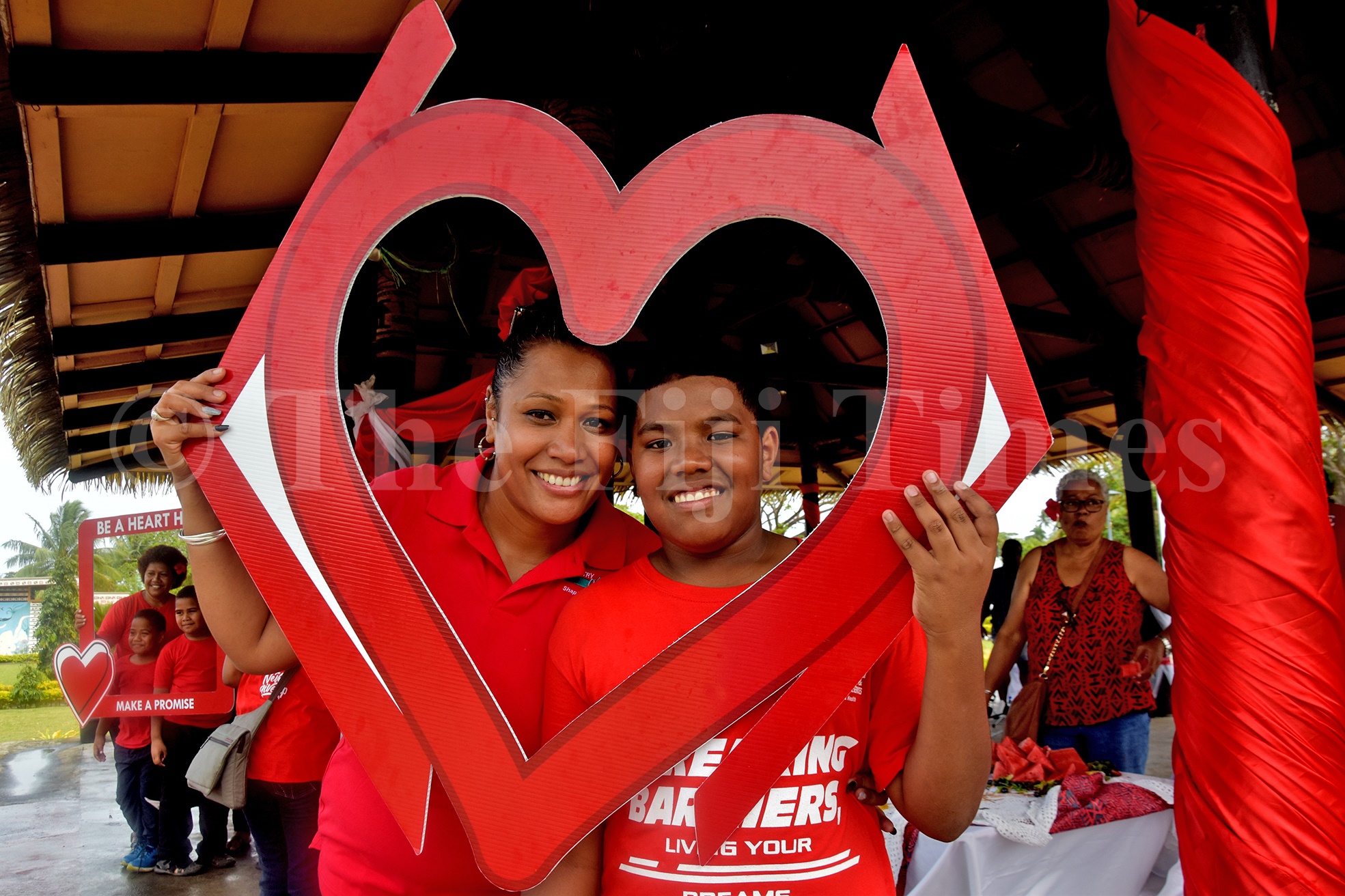 Erina Tokarua and her son Walter Tokarua were part of the World Heart Day celebrations in 2019. Picture: JONA KONATACI/FILE

The revelation that one child in every classroom in Fiji could have rheumatic heart disease (RHD) is frightening. It is the second leading cause of death for children and youths between the ages of 5-29 years.

RHD Control and Prevention Community Organisation manager Erini Tokarua made the statement while speaking to The Fiji Times yesterday.

A national survey in 2018, she noted, found that 60 children were diagnosed with RHD.

“Based on research so far we know that RHD affects one child in nearly every classroom, or one in every 50 children,” she said.

The reality, she warned, is much more severe.

“The number of cases has been increasing which is a good thing because it shows that children aren’t underdiagnosed anymore.”

So what is rheumatic heart disease? The RHD Global Status Report 2015-17 lists it as a preventable disease that affects children and young people.

While it has practically been eliminated in wealthy countries, it states RHD is still common in Africa, Asia, and the Latin American and Pacific regions.

Thirty-two million people, it states, around the world suffer from the condition which kills 275,000 people a year and is the most common acquired heart disease among children and young people in developing countries.

On reflection, the disease hit the lime-lights locally when Fiji Warriors tighthead prop Iosefo Bele Tabalala died two days before the final of the World Rugby Pacific Challenge in Suva in 2015.

Post-mortem results confirmed he died as a result of severe valvular heart disease.

Police spokesman at the time, Inspector Atunaisa Sokomuri said the medical report stated this was caused by rheumatic heart disease.

The rugger died in his sleep and was found motionless by his roommate at a hotel in Suva.

While RHD can affect a person’s life expectancy, the World Heart Federation says it can be prevented and controlled.

And that is a positive factor. Rheumatic fever is caused by a preceding group A streptococcal (strep) infection.

So on the homefront, we should be vigilant and proactive.

Let’s understand the disease, take precautions and refer loved ones with sore throats to the doctor as soon as possible.

Remember, it can be prevented and controlled!