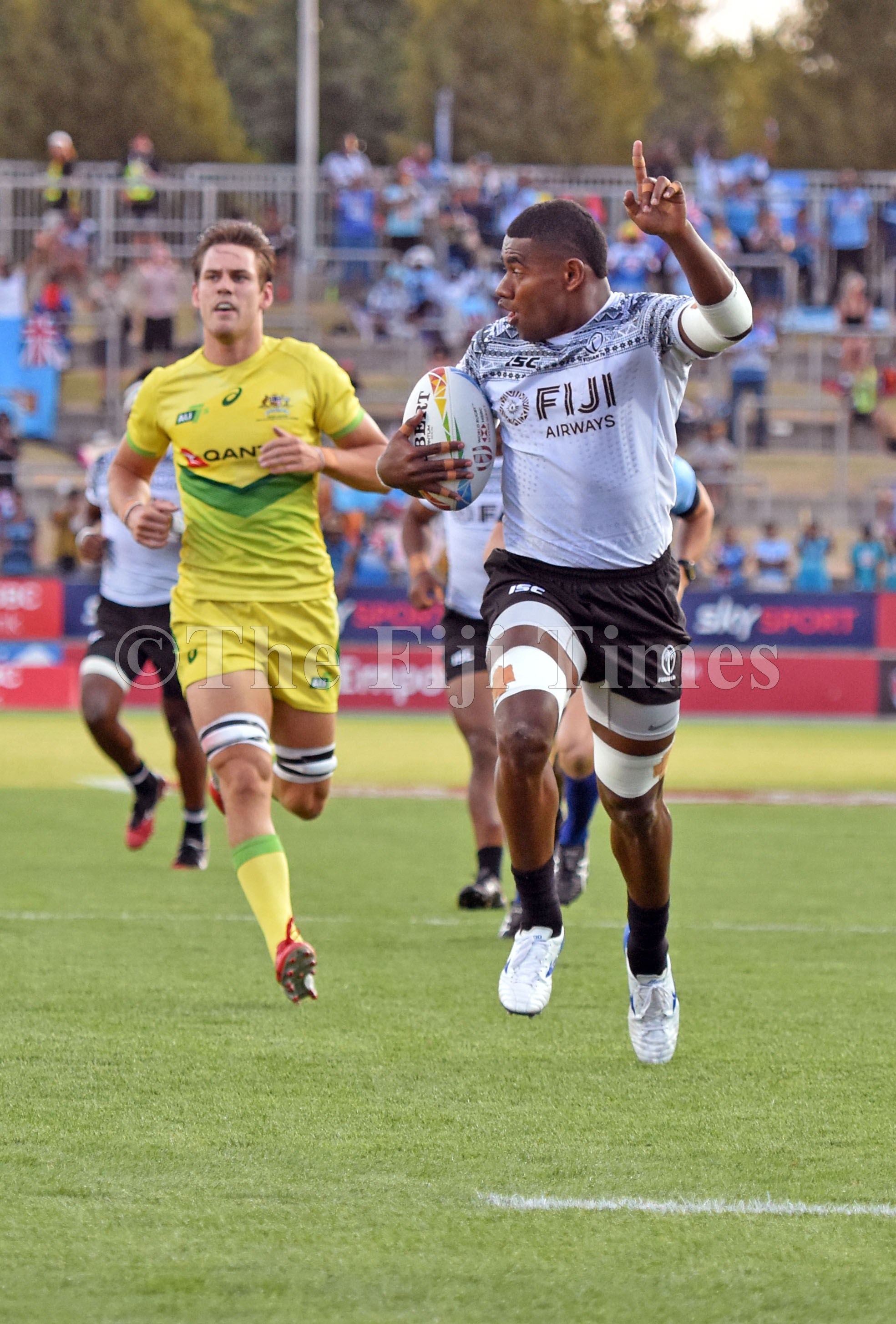 By the time reserve forward Apenisa Cakaubalavu dived over for his try, taking the national side over Australia yesterday, Fijian fans were already hyped up.

What a beauty that was!

What a start, and what an ending!

You could feel the excitement in Hamilton yesterday.

It was clear who the dominant voices belonged to at the FMG Stadium Waikato.

You would be forgiven for thinking a piece of Fiji had been transferred to New Zealand.

Fijian fans know how to party.

They know how to liven up proceedings.

They believe in their team, and make no bones about what it means to be a Fijian.

When the going gets tough, it’s the voices in support, providing lung power on the stands that can sometimes make or break a game.

That’s when the tempo on the park, the intensity and the sense of confidence build up.

When it mattered the most yesterday, the national side rediscovered the finesse that separates Fiji from the rest of the world.

It came off intermittently, but it was there.

That mattered in the end. That little step to offset defenders.

The little shimmy and extended goosestep, the pace out wide, the strong fends, and the seemingly angle-defying off-loads.

They came in little pockets spread out in the game against Australia.

We defeated Australia 19-12 after having defeated Samoa by the same margin earlier in the day.

Against Sir Gordon Tietjens’ Samoa, we were rattled early but were resilient enough to withstand intense pressure to come off with the win.

Our defence was tested by a Samoan side that was prepared to bide its time, keep possession and find loopholes.

We were stretched to the limit.

In the end, it worked in our favour when we came up against Australia.

Our defensive shape held quite well.

Out attacks were chewing up metres, and there were glimpses of the special moments that have long raised the profile of our game.

All eyes are now focused on how we fare against Argentina this morning. Yesterday’s two wins have attracted attention.

They have raised interest and awareness of our chances in Hamilton this weekend.

We need a win this morning to secure a spot in the semi-finals this afternoon.

A draw may even get us through considering our results yesterday.

However, fans will no doubt be keen to see our team come off with a blinder this morning to anchor a strong foray in the pool rounds.

They will no doubt be looking to the heavens for divine intervention and to the stands for lung power and motivation.