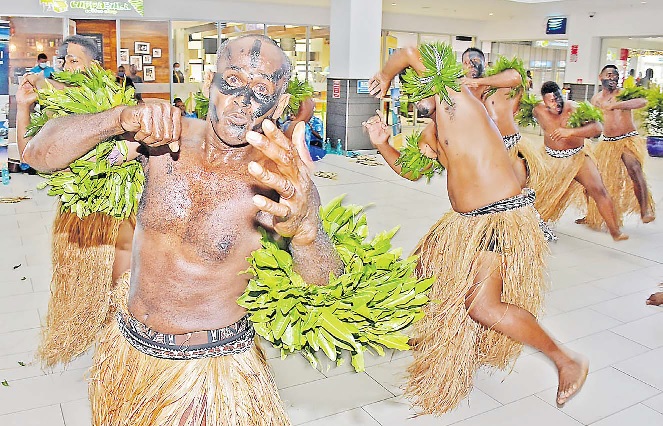 Emotions were high yesterday in Nadi as the first group of tourists arrived from Australia.

You could sense the optimism and wave of emotions at the Nadi International Airport as the Fiji Airways flight came to a stop. Understandably there was overwhelming joy. You could feel it. The tourists were obviously happy to be here.

Bookings had been made for hotels and resorts as far as the Mamanucas. On the home front, tourist operators were overjoyed.

Mr Hill said this was an outstanding and positive outcome for the industry following the reopening of the international border.

About 75,000 visitors, he said, were expected to arrive into Fiji over the next few months.

“So if we can stay the course and operate really well through December and January that is the kind of money that can come into our economy.

“What is really pleasing is hearing people are also booking in places like Vanua Levu, Taveuni and even some of places in the Mamanucas.”

After months of inactivity, it was good to see some semblance of normality return to the Jetset town.

Any effort to boost the industry will no doubt be welcomed by thousands of people who were greatly impacted by the second wave of the COVID-19 pandemic which struck us in April this year.

The roll-on impact on our domestic economy should be positive. Then there are positive impacts on interlinking industries that ride on tourism.

In the face of this great turn of events yesterday, we are reminded about sticking to COVID-19 safe measures. It is in our best interest to do what is right.

We all know how important it is to keep the virus at bay, and give confidence to the industry.

We are reminded about the new variant that is a major concern. This isn’t the time to be complacent.

For our sake, our loved ones, and our nation, we must be part of the fight to keep Fiji safe.

As we mentioned above, there is optimism, yet there is also a sense of trepidation as the world tries to deal with the new variant.

We can each play an important role in determining our future.