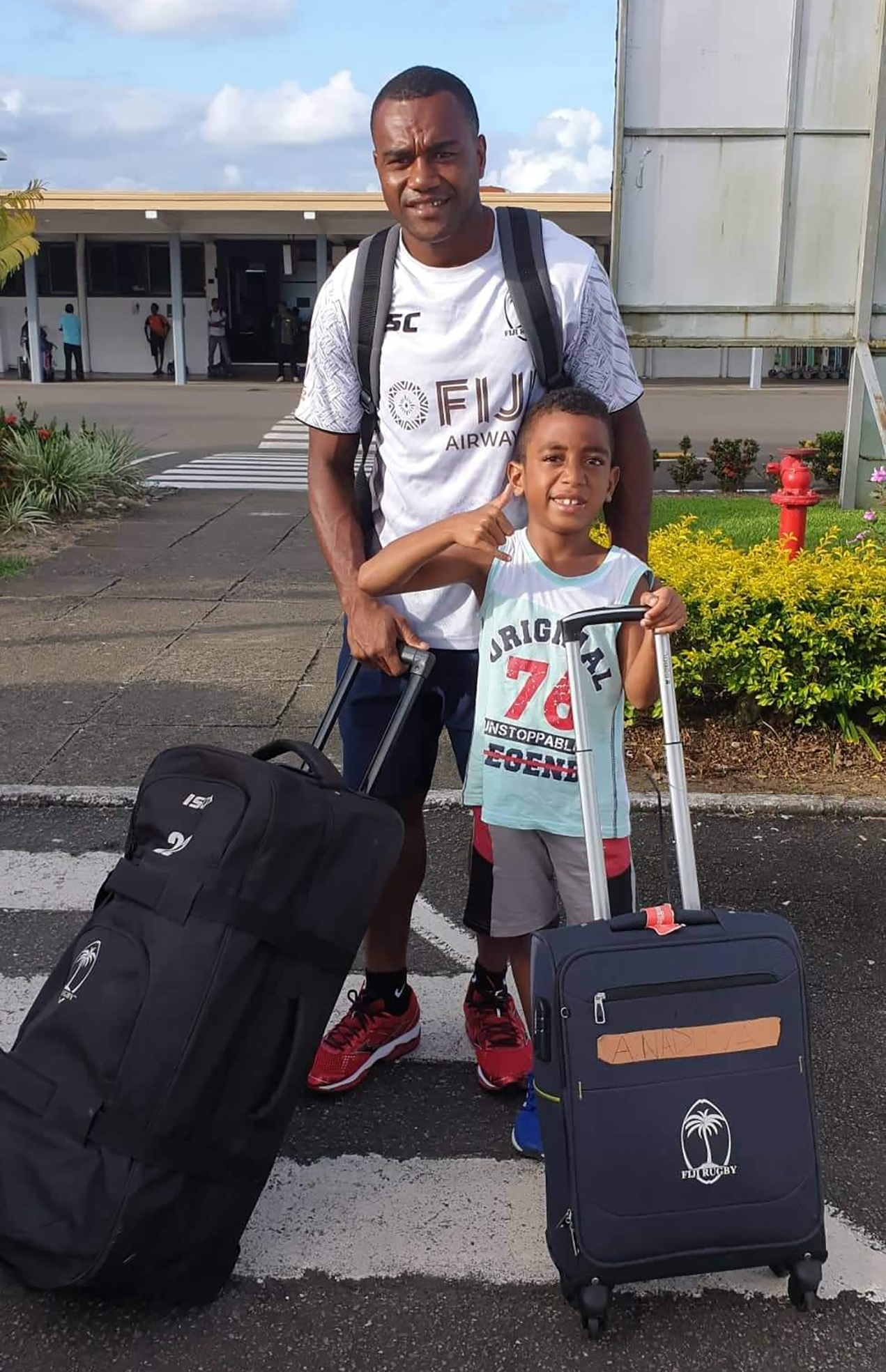 IT’S good to know that the national sevens rugby side is expected back at full strength after the announcement of Alasio Naduva’s availability.

The national sevens flyer flew out of the country on Saturday after earlier doubts over his inclusion following visa issues.

We head in among the top runners after our victory in Hamilton, New Zealand.

That win would have effectively catapulted us to the pedestal reserved for the top teams, even though we slumped in Sydney the very next weekend.

Naduva’s high flying try during the Sydney 7s is difficult to shrug off.

In fact you could pencil in that freakish try against Japan in our pool clash as a bolter for top honours this season.

could anyone shrug it off? It had class written all over it.

Let’s recap on it. Teri Tamani had taken centre stage, ready for the kick-off. It looked like any other normal kick-off.

As he lined up his kick, and did his little run up, in the background, Naduva had taken off like a 100m sprinter.

His well-timed burst was taken at amazing speed off the mark. Before him were at least five defenders for Japan.

They’d all turned to regroup behind their red zone as the ball sailed well past the tryline. By then reports suggested Naduva was hitting about 36kmph.

In under seven seconds, the Fijian speedster pulled off one of the best finishes seen in the World Rugby Sevens Series so far.

The ball sailed high into the Japanese danger zone, bounced twice there, went over the tryline, where it bounced once more, and appeared to float precariously near the deadball line.

That’s when Naduva raced in, swooped on to the floating ball to touch down barely centimetres to spare away from the white chalk. What a try! It epitomised all that rugby fans the world over have long known about Fijian flyers.

This weekend, fans will once again be eagerly looking forward to seeing more of that in Las Vegas.

That moment served to reinforce our image and standing in world sevens rugby.

As usual, we plan to be there in Las Vegas this weekend, bringing you the best in reports and pictures from the field and off it.

That means indepth reports in the newspaper, videos and regular reports and updates on our digital platforms including social media.

The national side’s challenge this weekend is to stay focused, maintain consistency and believe in themselves.