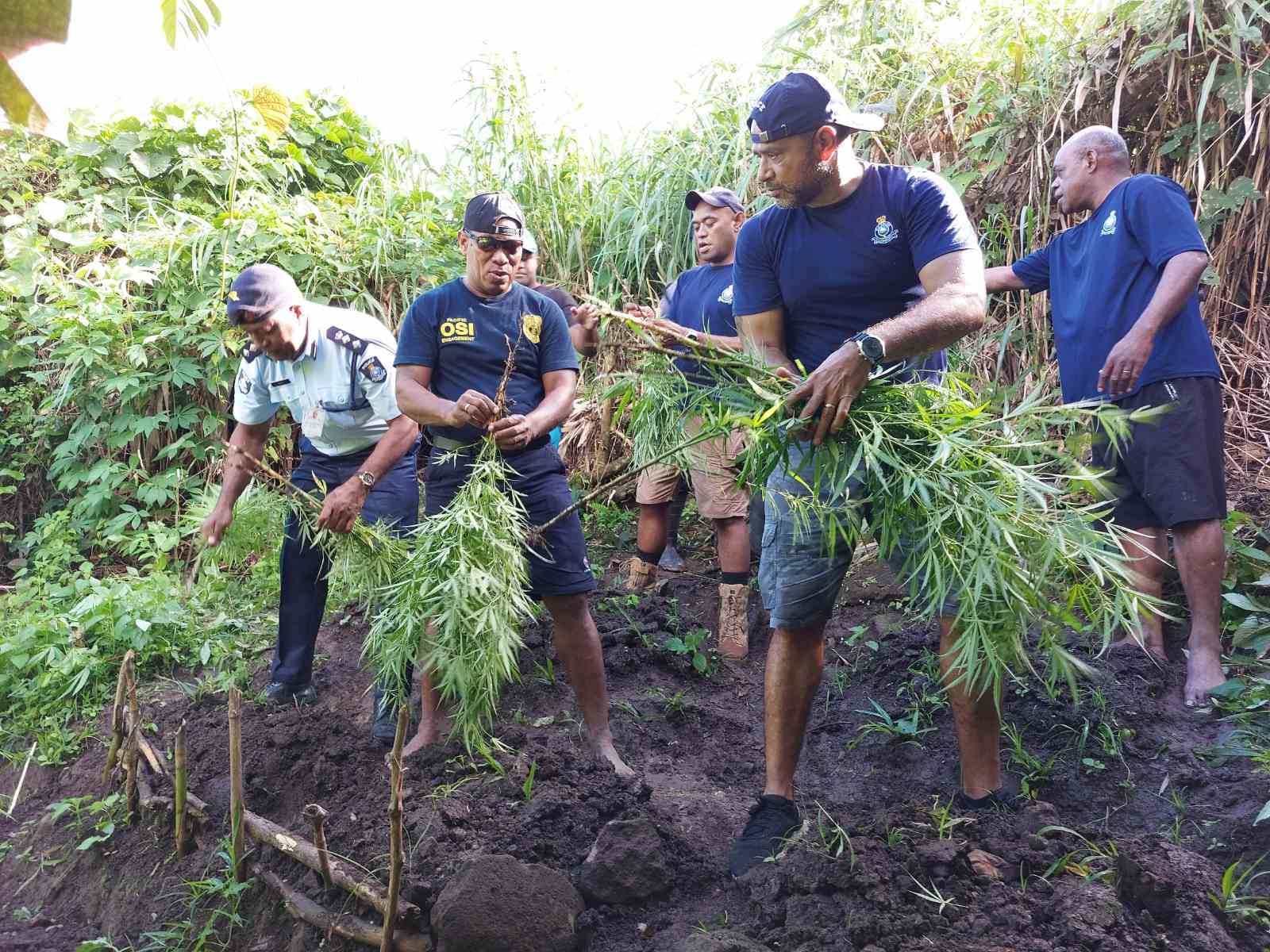 The other day Fijian Police Commissioner Brigadier General Sitiveni Qiliho spoke out against a National Federation Party statement regarding hard drugs use and sale in Fiji.

He said the statement “is rubbishing all the organisations that we work together with” to fight the issue. The statement was in response to questions over comments made by NFP president Pio Tikoduadua.

Mr Tikoduadua said Fiji was being ravaged by the spread of methamphetamine and that hard drug sales and use in Fiji “has spiralled out of control” — in reference to an online article by Vice World News titled “Meth is Turning Fiji from a Tropical Paradise into a Narco’s Playground”.

The NFP president claimed meth was easily accessible as lollipops in Fiji because Government, he said, “lacks the political will to tackle the issue head-on”.

“I don’t normally react to political statements but in this case, we need to put it into perspective that Government has invested a lot and so has the police force and we don’t go around publishing this,” Mr Qiliho said.

Mr Qiliho said it was something “that is addressed at international forums, from INTERPOL, UNODC (United Nations Office on Drugs and Crime) recently with the Pacific Islands Chiefs of Police meeting”. “We have close collaboration with the Australian Federal Police, New Zealand Police, with the JIATF (Joint Interagency Task Force) based out of Hawaii which brings together all the enforcement arms in dealing with such issues.

“We do a lot of work and if they say it’s uncontrolled, it’s rubbishing all the organisations that I’ve just mentioned that we work together as a region and globally to address this issue.”

Fiji, he insisted, was better than some countries and the issue was not unique to Fiji alone. “To just rubbish the police force and what it’s doing and the organisations that we work with is uncalled for,” he said.

On the international front, if we are to have some perspective of the impact of meth on countries, we turn to Australia.

Just last month, Police in New South Wales recorded the biggest ever ice bust in Australian history after more than a tonne of methamphetamine was found in a shipment of marble stone that arrived into Port Botany early last month.

This was reported in The Sydney Morning Herald. The amount, according to the report, was in addition to about 750 kilograms of ice that was seized after arriving in a similar way in July.

Three men – aged 24, 26 and 34 – were arrested over the initial find and remain before the courts.

NSW Police Detective acting Chief Superintendent John Watson was quoted saying the combined 1800-kilogram seizure had a street value of more than $1.6 billion and smashed the previous record by a few “hundred kilograms”.

“The figures are staggering. Our communities are much better off for these seizures. It is enormous,” he told the SMH.

What we have here is a lucrative trade.

We have to accept the fact that the illicit drug trade is luring people. There is obviously a demand which is why there exists a supply chain.

Our challenge now as a nation is to fight this together. One way is to ensure this topic is on the minds of Fijians. It must be highlighted constantly to ensure we are motivated to fight it daily, together.

One of the greatest dangers is when we become complacent, or unaware. We acknowledge the stance both men have taken.

But we push through the need for every Fijian to realise that meth is a great danger to society. We only have to be aware of the negative impact it has had on communities in Australia to appreciate this.

The police need our support to fight this. Let’s join hands and do that together!