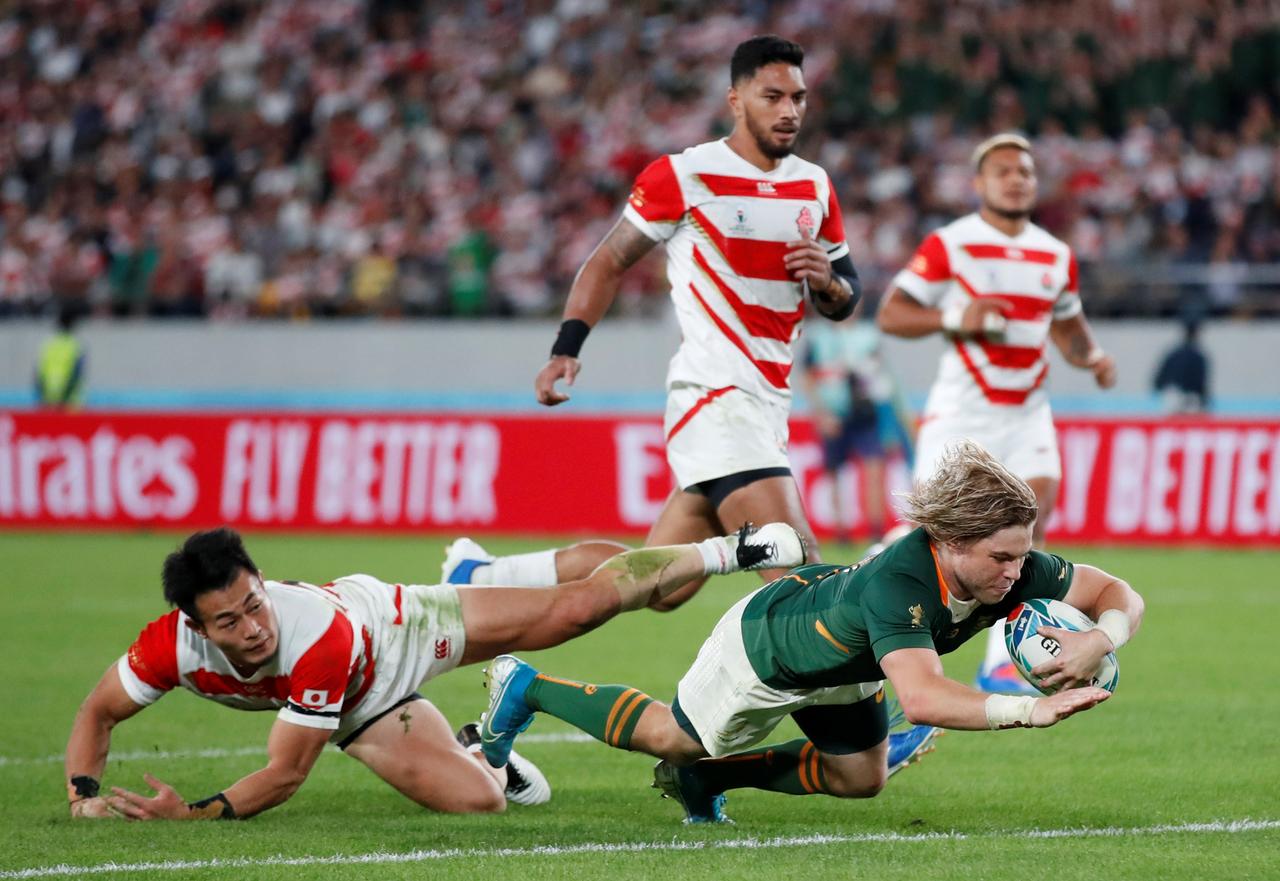 What should have been, did not eventuate for Japan fans in their Rugby World Cup 2019 quarter-final on Sunday.

But when you translate the impact of the Japan effort on the field, to attract attention off it, then there would have been major positives.

The Brave Blossoms shrugged aside the tag of minnows to topple a host of top sides enroute to the quarters.

They defeated the Irish, wacked Scotland and Samoa before they succumbed to South Africa in the quarters.

You can’t take anything negative away though from their effort against the Springboks.

They succumbed 3-26, but did so with an edge that is frightening when you consider the future of Japan rugby.

The Brave Blossoms were organised, their attacks were structured to the point of near impossible finesse in handling and running lines.

They were running lines that manipulated half gaps, probed holes in the Springboks’ defensive shape, and instinctively backed each other on attack and defence.

Their scrums held up against a very powerful Springboks’ eight.

They defended with enthusiasm and attacked the rucks with confidence.

That was the platform the Springboks had to over-take though.

They realised they had to lift their standards, and operate at 100 miles an hour to overcome Japan.

Their clean-outs in the breakdowns were frightening.

They went in focused and came off with a scalp that was a major prize. Japanese rugby has, however, come of age. They have made massive improvements at the highest level of the sport.

They forced the Springboks to lift their standards, stay focused and composed for 80 minutes to earn victory. So what can we take off this top notch effort?

The Flying Fijians went in focused on a quarter-final spot.

We bombed out to Australia, succumbed to Uruguay before we defeated Georgia and lost our last pool game to Wales.

Japan’s effort highlights a number of areas that must be raised if we are to be competitive at the next RWC.

That will include the governing Fiji Rugby Union stepping up and taking control of our destiny.

That will mean a concerted effort to plot a course that should see more games against tier one nations in the future.

We realise this is not going to be an easy task, but it must be done.

The fans expect this.

There were many lessons from this RWC. We have improved greatly in the set pieces, we lifted our scrums and lineouts and our defensive shape when we were focused.

The challenge though is how well we can translate all that to winning rugby.

Obviously a key ingredient here would be exposure at the highest levels of the game, and that means matches against tier one nations.

Otherwise we will continue to hit a brick wall at every RWC.

Japan showed us that tier two nations can rock and roll with the best. Go Fiji,