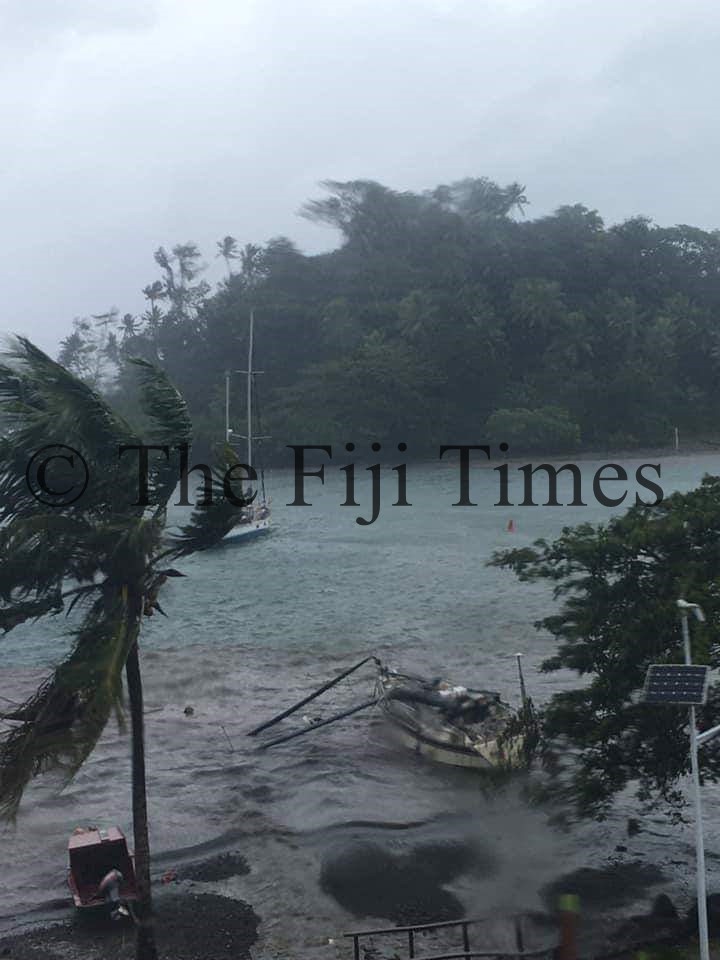 By the time you read this today, Tropical Cyclone Harold would be hovering somewhere nearby.

Indications were the cyclone which devastated the Solomon Islands, killing 27 people, before it struck Vanuatu, had developed into a powerful force along the way.

Forecasts placed it on track to skirt along the lower parts of Viti Levu today.

Yesterday, the Fiji Meteorological Service office stated a hurricane warning was in force for Kadavu, and Ono-i-Lau.

A storm warning was in force for Vatulele, southern parts of Viti Levu, Beqa, Moala, Matuku, Totoya and Vanuavatu.

A gale force warning was in force for the rest of Viti Levu, Yasawa and the Mamanuca groups, the Lomaiviti Group, and the rest of the southern Lau Group including Lakeba and Cicia.

A strong wind warning was in force for the rest of the Fiji group.

We have been warned to watch out for damaging heavy swells, strong winds, and heavy rain with the possibility of flashfloods in low-lying areas and small streams.

We have been warned.

Meanwhile, in its latest situation report yesterday, the World Health Organization revealed one new country/territory/area reported cases of COVID-19 in the past 24 hours: South Sudan.

It also stated, at a joint press conference and in a co-authored opinion piece, the WHO director-general Tedros Adhanom Ghebreyesus and IMF managing director Kristalina Georgieva reiterated the importance of saving lives and saving livelihoods and made it clear that the trade-off between saving lives or jobs was a false dilemma.

In their opinion piece, they stated: “At face value there is a trade-off to make: either save lives or save livelihoods.

This is a false dilemma – getting the virus under control is, if anything, a prerequisite to saving livelihoods.

“We recognise how difficult it is to strike the right balance. Economic activity is plummeting as infections and measures to combat the pandemic affect workers, firms, and supply chains, job losses and uncertainty drag down spending, financial conditions sharply tighten, and the oil price collapse hits commodity exporters – all with cross-border spillovers.”

The WHO, they stated, was also working with suppliers of personal protective equipment for health workers to ensure that supply chains were functioning.

“And this is an area where collaboration with other international organisations can be so effective – for example, the World Bank’s capacity to aggregate demand to purchase medical supplies in bulk.

“The IMF for its part aims to help by doubling its emergency response capacity from $50 billion up to $100 billion – making it possible for countries to get twice as much money from the fund as had been made available during emergencies. Its total lending capacity of $1 trillion is now secured thanks to decisive actions of its membership.”

Back home, our challenge remains.

We have two major issues to contend with.

We must be prepared.