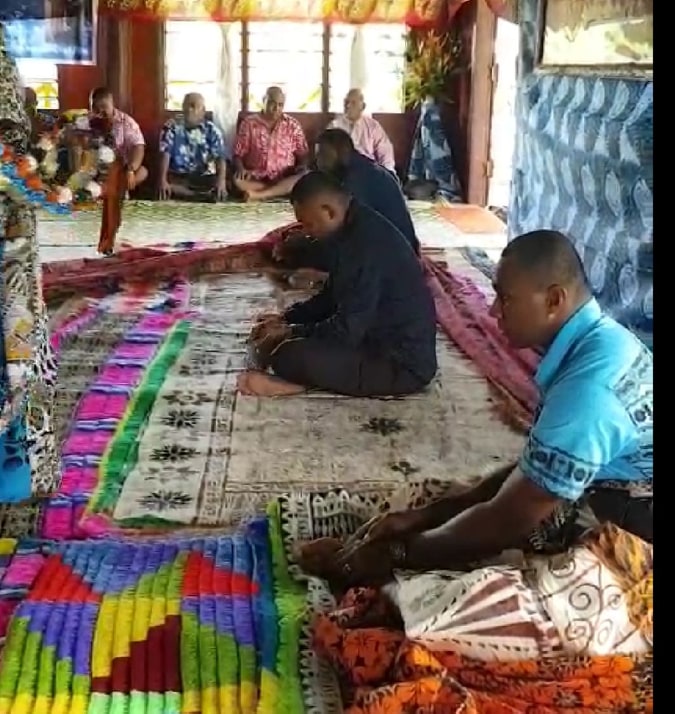 IT rained intermittently at Nanukuloa in Ra yesterday morning.

At the waterfront, fibreglass punts from Navuniivi Village plowed through the brown sea, headed to Nanukuloa to pick up their guests for the day.

The rain wasn’t helping anyone.

The rain band stretched through from the Wainibuka end of Tailevu.

Mud slips had blocked the route from Korovou to Ra, with vehicles forced to wait for the road to be cleared again.

For the people of Navuniivi Village in Navitilevu, Ra, yesterday was special.

They had planned for an occasion, and the weather wasn’t going to spoil the party.

Yesterday Navuniivi turned out in force to acknowledge the achievements of three of its sons.

The men and women, and children turned out in their best colours.

The village was abuzz with excitement.

The intermittent rain turned the ground into muddy patches, but it never could cage in the enthusiasm, and great excitement.

Music blared in front of the village hall, broken only by special messages by the MC for the day.

Kava flowed freely at the main shed, and there was food galore at the hall at lunch time.

Dranisinukula was the village’s first man to don the national colours, and was acknowledged for captaining the national side to the historic fifth year in a row victory at the Hong Kong 7s this year.

Mr Buadrua, a naval officer was acknowledged as the highest ranking officer from the village while Mr Macedru was the first to graduate with a Masters from the village. In a powerful and emotional speech yesterday, Tui Navitilevu Ratu Paula Baleisasa compared the achievements to a new dawn for the village. He thanked the three men for their perseverance and hard work. He referred to them as role models and a living testimony of what hard work can reap.

It was encouraging to see the enthusiasm and commitment to ensure yesterday’s special day was just that – special!

It was encouraging to note the effort put into celebrating such achievements.

The three men are now role models for the village youth.

They stand out as apt examples of what sacrifice and dedication to achieving set targets can reap.

The message is apt for us all. Special achievements deserve to be acknowledged for many reasons.

Among other things, they can motivate people to realise their dreams.

The three men obviously were overwhelmed by the attention showered on them yesterday.

But in the end, they realised what it meant to be trend setters and role models, and the impact of their achievements on the future of the village.

We can all take a leaf off the Navuniivi pages.

As the sigidrigi started late yesterday afternoon, the powerful acknowledge of achievements was well and truly driven through to the masses.

Perhaps we can all learn from this.