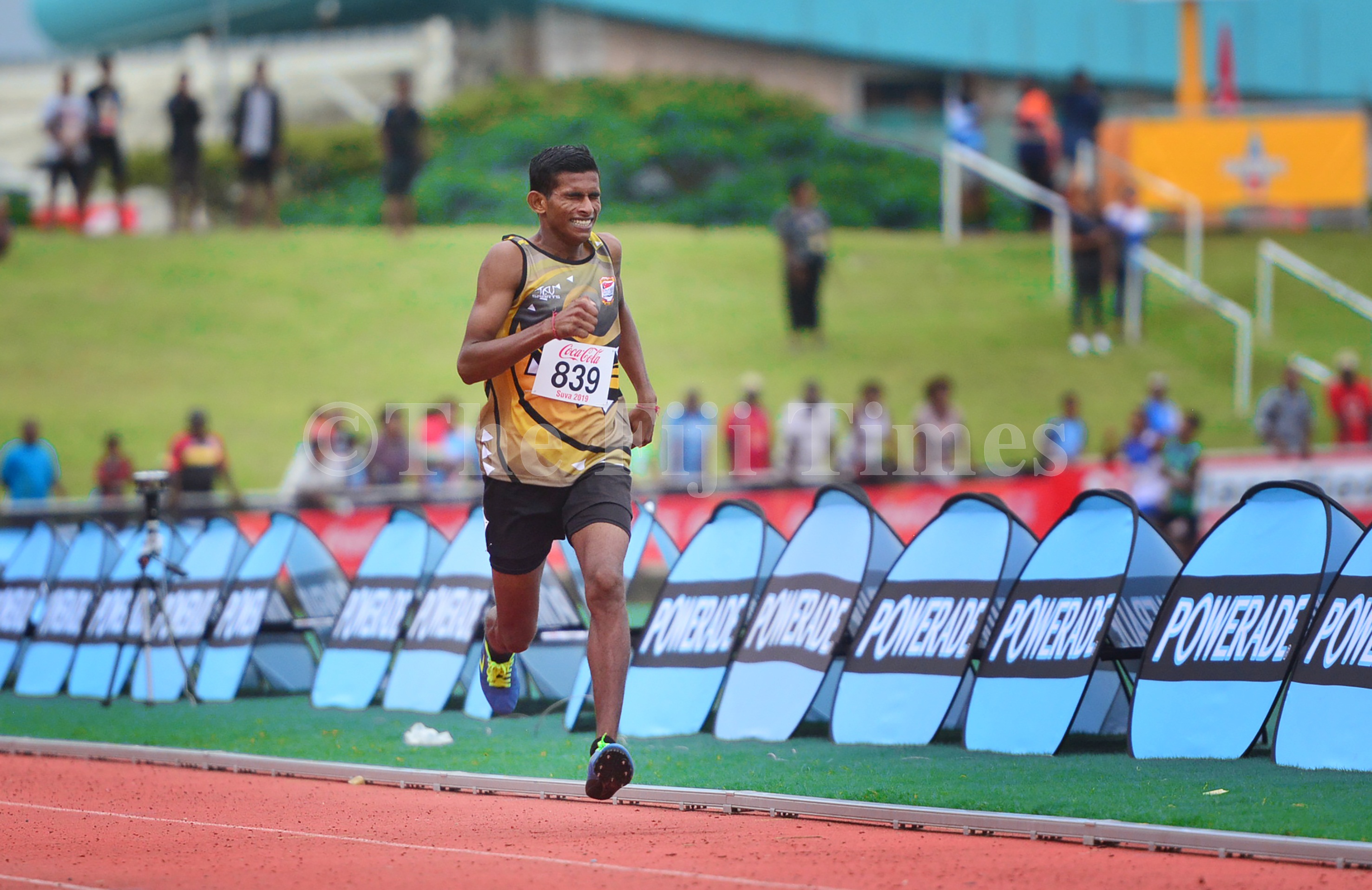 The heat’s well and truly up at the annual Fiji Secondary Schools Athletics Finals in the Capital City, even if the skies opened up intermittently throughout yesterday.

The rain, when it did fall, failed to deter the enthusiasm and energy at the national stadium.

At the end of the day, it was clear that competition was fairly spaced out.

The seven gold medals in the boys’ division were evenly distributed, with defending champions Ratu Kadavulevu School managing to take an early lead by virtue of a silver medal yesterday.

It meant six schools were chasing them in second spot.

In the girls’ division, defending champions Adi Cakobau School had two of the six gold medals in the bag yesterday.

Today, 48 gold medals are up for grabs.

While there were obviously many heroes from yesterday’s effort, it was difficult to get past the performance of Yeshnil Karan of Tavua College.

The youngster created the major upset in day one of the competition when he beat national athlete Petero Veitaqomaki in the senior boys 1500m race.

The win would have been lapped up to the brim by the Tavua youngster, and typically portrays why the Fiji Finals continues to hold the imagination and attention of the masses.

This is where preparation matters and student athletes are on a level platform heading into the event.

Far removed from the top-notch training facilities in major urban centres such as Suva and Lautoka, athletes like Karan are punching well above their weight so to speak.

They epitomise everything good about living a dream.

When all things are said and done, talent, potential, commitment, enthusiasm, discipline and passion are strong attributes.

In other highlights, Vilimoni Susunikoro of Ratu Kadavulevu School was the only athlete to break a record yesterday.

He broke the record in the junior boys discus event set in 2017 by Simione Koliloa of St John’s College.

As competition continues today, expectation is pretty high among school athletes, their fans, supporters and families.

Attention will no doubt be focused on the blue ribbon events this afternoon.

One of the traditional highlights of the three-day event is set to unleash our top sprinters at high school level.

Attention is on the likes of RKS sprinter Kolinio Radrudru and Natabua flyer Nemani Mudreilagi in the boys’ 100m race.

In the girls’ division, attention will be on the likes of Salote Baravilala of Jasper Williams High School, Fane Sauvakacolo of Suva Grammar School and Adi Cakobau School’s Serenia Ragatu.

More than 2600 athletes are part of this amazing event, representing 154 schools around the country, making it a truly remarkable sporting achievement.

We wish all athletes the very best in day two of the Fiji Finals today.