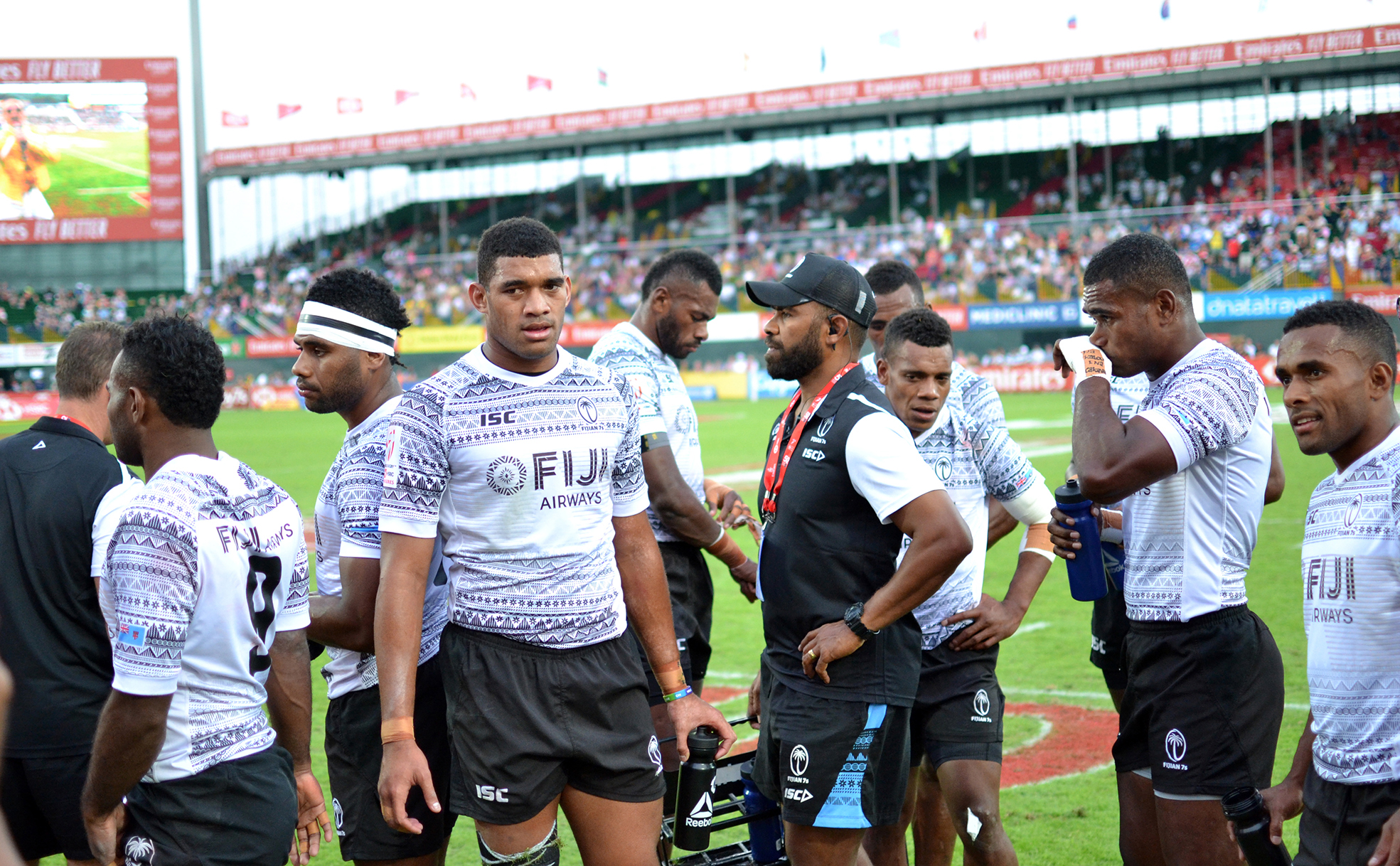 The national 7s side yesterday settled for 9th position on the World Rugby Sevens Series after the opener in Dubai. Picture: SUPPLIED

THE national sevens side yesterday settled for ninth position on the World Rugby Sevens Series after the opener in Dubai.

It was the first time for us to miss the cup quarter-finals in 21 years.

Two yellow cards in the first half didn’t help our cause, although Fiji led 12-5 at the break.

The game was still in the balance midway through the second half, but a burst of three quick tries — two of them by Waisea Nacuqu saw Fiji romp home 40-17.

It wasn’t the end result Fijian fans expected though. But that’s how things eventually turned out in Dubai.

Fans will no doubt be hoping this isn’t a sign of things to come in this new season.

Whether we like it or not, it is critical for national coach Gareth Baber to get our team to settle down and start working on the things that can deliver us results.

We realise it is not going to be easy, but it must be done.

We have to accept that every other side has also improved greatly.

They have had time to assess our game, and come up with plans to address whatever shortcomings they had.

Development continues as we gear up for the Olympic Games next year in Tokyo, Japan.

That seems to be the ultimate target for most teams.

It’s where attention will shift to next year.

Our challenge continues to be on how well we prepare now. That means taking control of our game now.

That means fixing the issues we can control.

That means discipline and other factors of our game that are critical for victory.

At the end of the day, it isn’t going to be easy path to take.

Fijian fans can be very demanding.

We are patriotic and vocal. We all seem to believe we know everything about the game.

Let’s inspire them to believe in themselves and have the confidence to play our game.