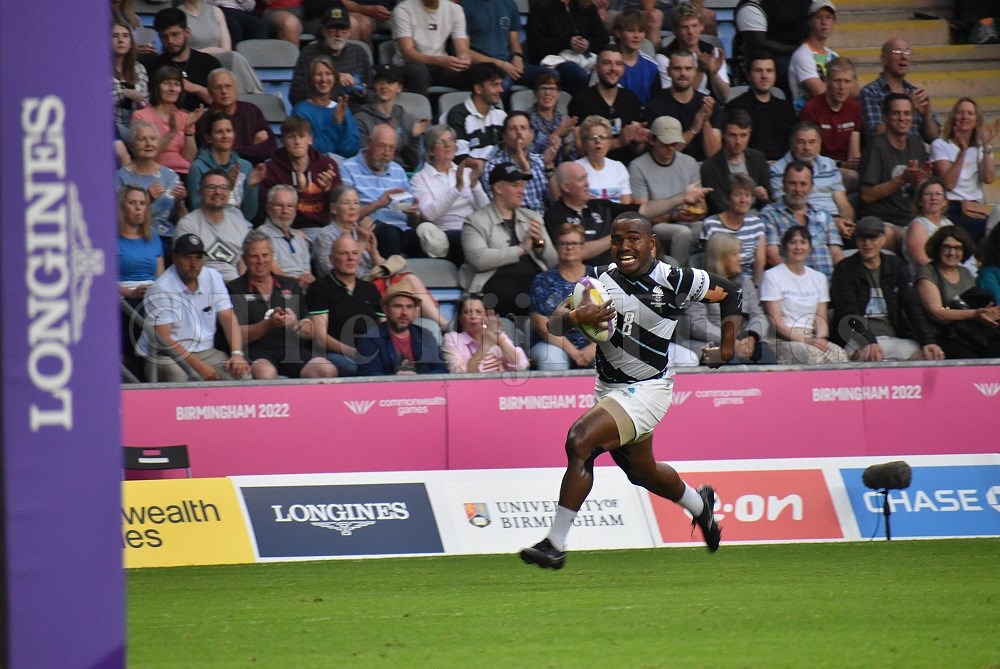 Waisea Nacuqu on his way to score for the Fiji men’s 7s team against Scotland in their quarter-final clash at the 2022 Commonwealth Games. Picture: ROHIT DEO

When Waisea Nacuqu ran down the touchline for that win against the New Zealand side in the semi-finals of the Commonwealth Games 7s rugby competition, he carried the hopes and aspirations of Fijian fans.

That try in the golden point spell was special.

And what a beauty it was!

With so much at stake, self belief, composure under pressure and great confidence carried us through against the Kiwis.

What can we say?

But in hindsight, it seemed, to the trained eye perhaps, the signs were there — that with a few tweaking here and there, Fiji’s top game could be undone!

The Kiwis were stretched to the limit with just five men on the field at one stage of the game, but they hung in there.

Understandably we weren’t focused well enough to capitalise as well.

So all in all, it was a game that would have had national coach Ben Gollings sitting up and taking notes.

That close to 75 metre dash though for that sealer try was special.

On the other side of the divide, it was good to see the Fijiana enter the final.

We may have lost to Australia, but it must be mentioned that we weren’t even in the reckoning for top honours back in 2018.

Remember we couldn’t even get past the pool stages then.

So that silver was extra special.

It was a defining moment for Fijiana rugby.

After that bronze at the Olympic Games in Tokyo, this was like a step up that would have been lapped up with great joy by followers of the game.

Our men though got lost, it seems, along the way against the South African Blitzboks in the final.

We won silver as well, but after a thrashing that, hopefully, will stand us in good stead come the 7s World Cup in South Africa next month.

With so much trashing going on about our effort, let’s face it, Neil Powell is among the best coaches in the world of 7s rugby.

The Blitzboks nullified our offloading game, restricted our running lines, and forced us into the contact zone!

They bothered our peripheral vision, and basically forced turnovers.

The end result was a clinical wipe-out of an unorthodox side.

Powell forced Fiji to play the game he wanted, and his men stuck rigidly to the plan.

And what a show that was!

It was frustrating for Fijian fans, but there were many lessons learnt and that is a positive as we head into the World Cup.

In fact fans should be rubbing their hands in glee in the lead up to the event.

We say thank you for the effort.

Thank you for the silver medals!