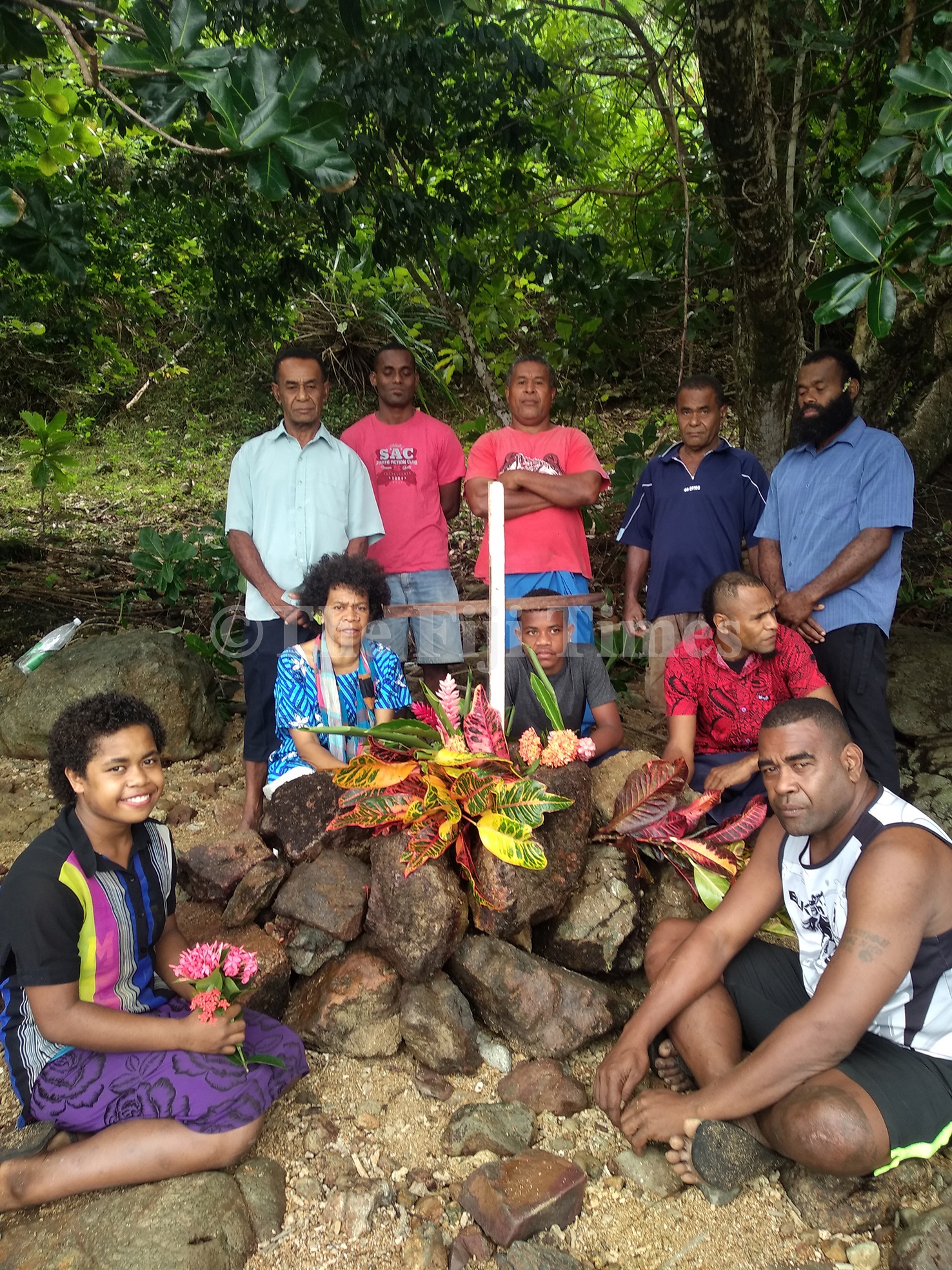 Villagers of Navetau in Saqani have set up this memorial site where the body of the woman was found on Saturday afternoon. Picture: SERAFINA SILAITOGA

THE revelation that the family of missing pilot Gilbert Parker have been briefed about the situation surrounding their father will no doubt be met with a sense of sadness.

Mr McGregor said this would continue today as the navy team would use special equipment brought in from Suva to assist them.

Interestingly volunteers have also helped in the search, and have assisted Mr McGregor in putting markers out at sea.

Mr Parker was transporting two-year-old boy Jeremiah Kalougata and his mum Taraivosa Kacilala to the Labasa Hospital from Naitauba Island.

The three didn’t reach the hospital as the helicopter went down in the Natewa Bay.

The body of the woman was later recovered.

Villagers living by the bay have also been part of the search, and have been supportive of efforts by the police.

Like other volunteers, they have given their time, and effort to be part of the search for the missing two.

It is an encouraging aspect of this sad episode.

Such moments are special for they bring together people from all walks of life.

It is unfortunate though that tragedy had to be the catalyst that brought together people in this instance.

But such is the spirit of cooperation and unity in the face of this sad incident.

In fact it is not unusual though for Fijians to come to the aid of others.

We have seen this often in the wake of natural disasters.

There is a sense of care and concern for the welfare of others.

Fijians will reach out to lend a helping hand.

It is a special part of our lives.

The challenge is always how we can work to prevent them though.

The people who have come forward to assist police search for the pilot and little boy, and what remains of the helicopter are simply living up to expectations.

We say thank you.

Acknowledgement is obviously due for all those involved in this mission.