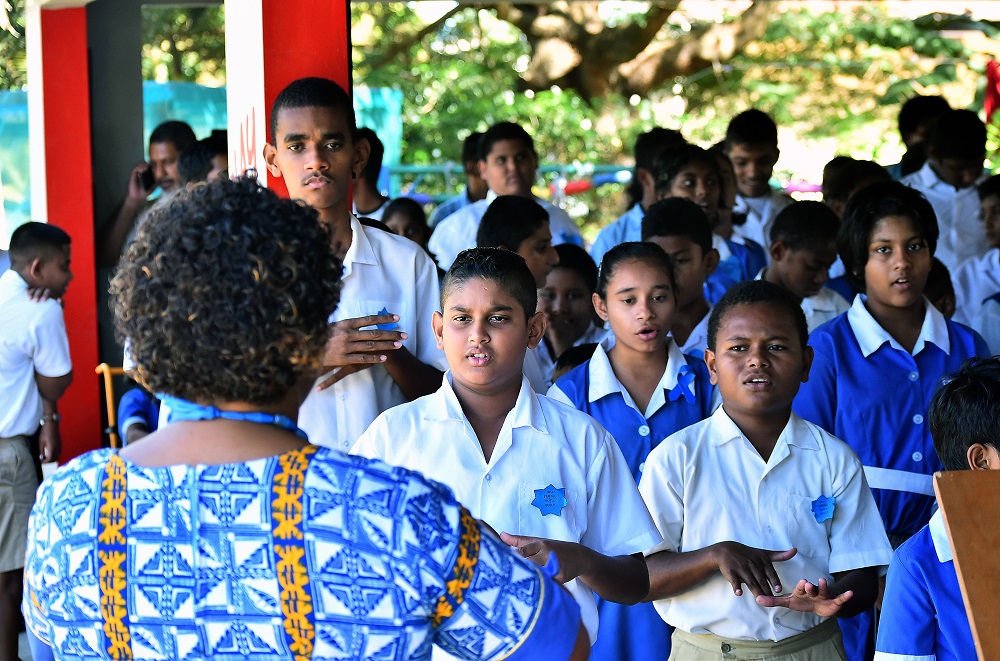 STATISTICS coming out during an International Day Against Drug Abuse and Illicit Trafficking event yesterday were shocking to say the least.

He said the increase in sex-related offences by about 30 per cent was a serious cause for concern and called for more parent-child engagement and vigilance on the part of caregivers.

Students, he said, were also facing more psychological issues in schools and this was reflected in the number of mental health cases, with a staggering 4393 reported last year, compared with 1701 in 2017.

He spoke to students at the Nadi Centre for Special Education.

He told parents and caregivers that it was time to reflect on priorities on the home front.

“Sometimes it is good to ask the hard questions such as — how well do you know your children, what are they watching, who do they spend time with, are you supervising them or are they left to do their own thing,” he said.

Common drugs used in schools, he pointed out, were cigarettes and inhalants.

The Ministry of Education, he said, through the National Substance Abuse Advisory Council had been creating awareness of the social issues affecting students in schools and the impact that drugs — including sniffing glue — could have on their academic and social development.

On psychological issues, the increase by 2692 cases should send alarm bells to all stakeholders. It should be a major concern and every effort must be made to address this shocking revelation.

We stand at the crossroads!

It seems that way from the statistics coming out now.

What has influenced our children to the extent that we have before us shocking data that is reflective of the mood on the ground?

Have we done enough to address these issues?

Do we even know what the key influences are for starters?

We can only assume that a sound base is vital then to fight this.

Mr Powell reckons a lot hinges on how we work out the base our children need at home.

He reckons fixing that could have a positive hand in the end result somehow.

This is a frightening turn of events.

Perhaps we have neglected values, and security among other issues on the home front.

We appear to have a fragmented society that urgently needs a sense of direction.

Perhaps there is hope in nurturing an environment that is safe for our children.

Have we neglected showing and appreciating family values, showing affection, acknowledging our children, and listening to their needs?

Perhaps we should be factoring in more quality time, setting priorities as Mr Powell has highlighted, and communicating with our children.