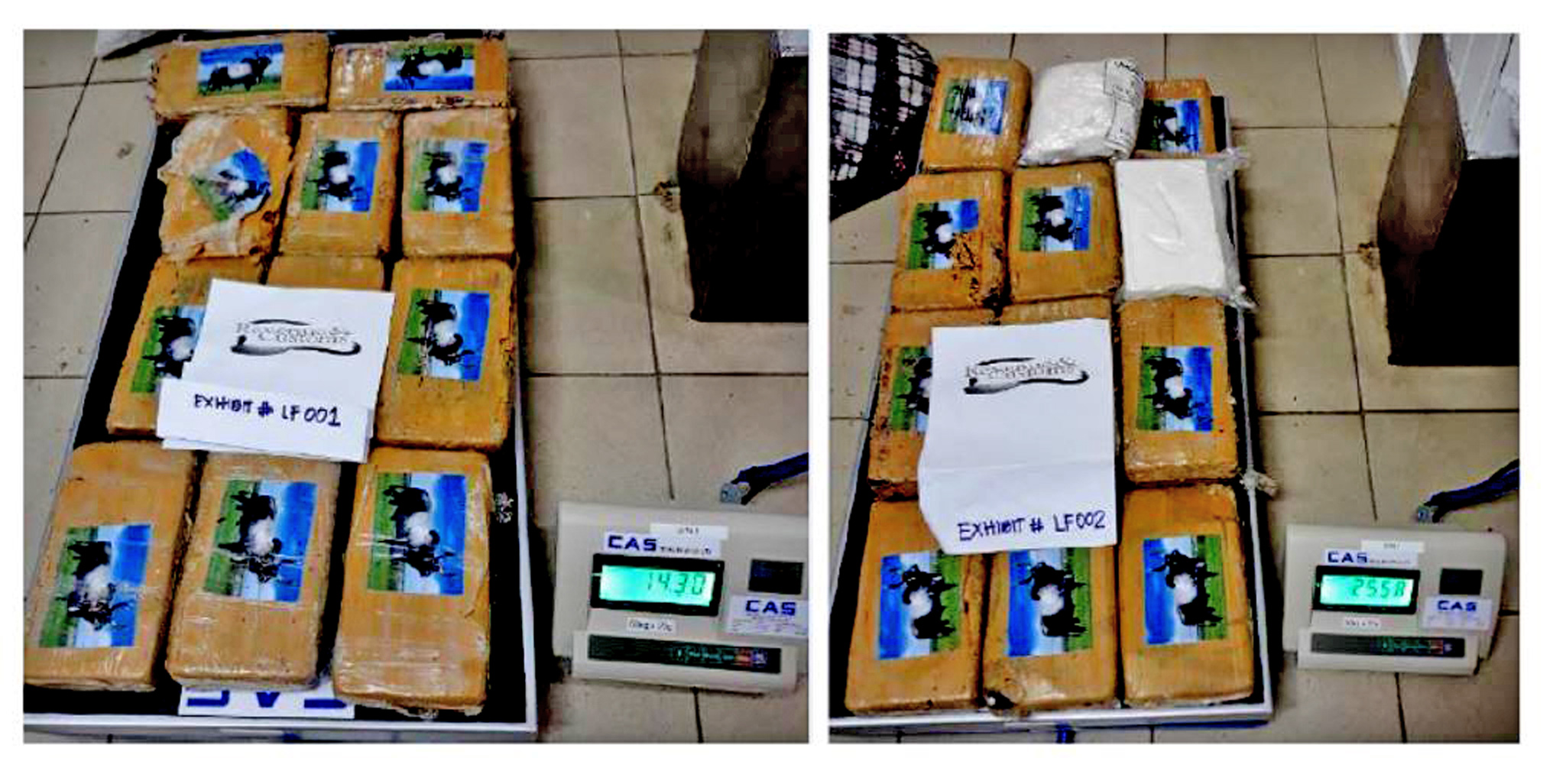 Bars of cocaine which were allegedly found on an island in the Lau group. Picture: SUPPLIED

It may not come out as a shock that 30 cocaine bars with an estimated street value of $F31 million were found on an island in the Lau Group this week.
Especially after a joint operation by Fiji Revenue and Customs Service (FRCS), Fiji Police Force and Biosecurity Authority of Fiji led to the seizure of cocaine and ecstasy tablets with an estimated value of $US10 to $15m ($F20.9m-$31.4m) from a yacht at Denarau, Nadi on June 22.
However, every right thinking person should scream out that it is a major concern!
The estimated values of the hard drugs are shocking to say the least.
We can only hope this isn’t the norm now. It is difficult though to shrug aside the fact that the discovery of the drugs is worrying and actually emphasises Fiji’s place as a potential transit point or a launch pad for hard drugs being moved to other countries.
The illicit drugs discovered in Lau weighed 40 kilograms and were confiscated following a tip-off received by the FRCS.
FRCS chief executive officer Visvanath Das said surveillance in coastal communities and seas was an ongoing challenge for Customs.
Considering the many islands that make up our nation, that certainly is a nightmare situation.
Mr Das believes, with assistance and cooperation from islanders and villagers, Fiji’s borders could be protected from illicit drug trade.
Upon receiving the information, he said, Revenue and Customs in collaboration with Fiji Police and the Fiji Navy secured the bars from the island.
He praised the efforts of the people of the island who ensured that Revenue and Customs were immediately alerted about the drugs found there.
As police investigations continue we are left to ponder on many issues and questions. Now more than ever the protection of our borders will come to the fore. We can only hope these recent discoveries are one-offs.
The harsh reality may not be so.
That’s why the powers that be must engage Fijians to take ownership of our borders. If these are not being done, then awareness campaigns must be an ongoing part of the process.
We realise the role of the Fiji Navy is critically important as well.
In September 2016, a UN report suggested that the Pacific was increasingly used as a transit point for drug trafficking.
It mentioned the vulnerability of the region to exploitation by transnational organised crime.
Inshik Sim, the UN Office on Drugs Crime Analyst at the time, said methamphetamine and precursor chemicals from Asia, and cocaine from the Americas, were trafficked to and through Pacific Island countries enroute to Australia and New Zealand, and other destinations.
The report suggested there was evidence of what it termed “spillover” of illicit drugs into Pacific Island countries and mentioned that these countries did not have the infrastructure or programs to deal with illicit drug use.
Last month, Timoci Natuva, the director general for our National Security and Defence Review Committee, admitted Fiji may possibly be the staging point for drug dealers targeting other countries.
Mr Natuva also noted issues that must be addressed to lift our defences.
Again, we hope they will be considered with some urgency. This latest discovery should jolt us to reality.
Acknowledgment is due to all those who were part of this discovery — thank you.