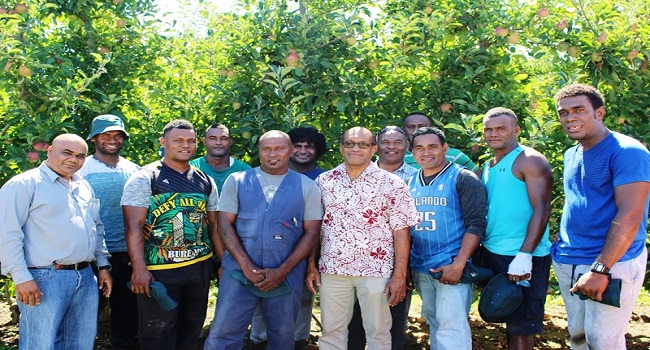 THE revelation that 25 Fijians have been selected to work in Australia under the Pacific Labour Scheme is encouraging.

This was confirmed by the Employment Minister Parveen Kumar.

In an interview at his office in Suva yesterday, he revealed out of the 25, six would be leaving for Australia next month to work in the meat industry.

These successful applicants, he said, had applied through the National Employment Centre to be part of the scheme.

The scheme, he said, provided an opportunity for Fijians to work as semi-skilled workers in Australia for a period of three years.

Three Fijians are now in Australia working as chefs and he was hopeful of sending more people in the coming months “because there is a high demand for skilled workers from Fiji”.

The scheme, he said, was different from the seasonal worker program where more than 400 Fijians were working in certain parts around Australia and New Zealand.

Employers in New Zealand, he said, had spoken highly of their Fijian employees under the seasonal worker program during his visit last week.

“For the seasonal worker program, they only work in New Zealand and Australia for seven months. I was really impressed with the feedback from employers in New Zealand and we are hoping they will increase the number of Fijian employees.”

The Pacific Labour Scheme is part of the Vuvale Partnership between Australia and Fiji which aims to strengthen bilateral relations and people-to-people links between both the countries.

Fiji is among other countries in the region under the scheme, including Kiribati, Nauru, Papua New Guinea, Samoa, Solomon Islands, Timor Leste, Tonga, Tuvalu and Vanuatu.

The revelation will no doubt come as a great incentive for other Fijians to put their hands up to be counted.

There is a certain level of expectation though that will be shouldered by those who will get this opportunity.

They will carry the hopes and aspirations of other Fijians who are keen to travel abroad.

They will be setting the pace so to speak.

They will be leading lights, our beacon of hope.

What they do, their performances, and commitment and dedication to their tasks would guide employers in Australia.

They will be critical factors in determining how many more Fijians are absorbed into the Australian workforce in the future.

They will leave our shores with high hopes and expectations.

We wish them well.