Editorial comment – Reflections on the state of our roads 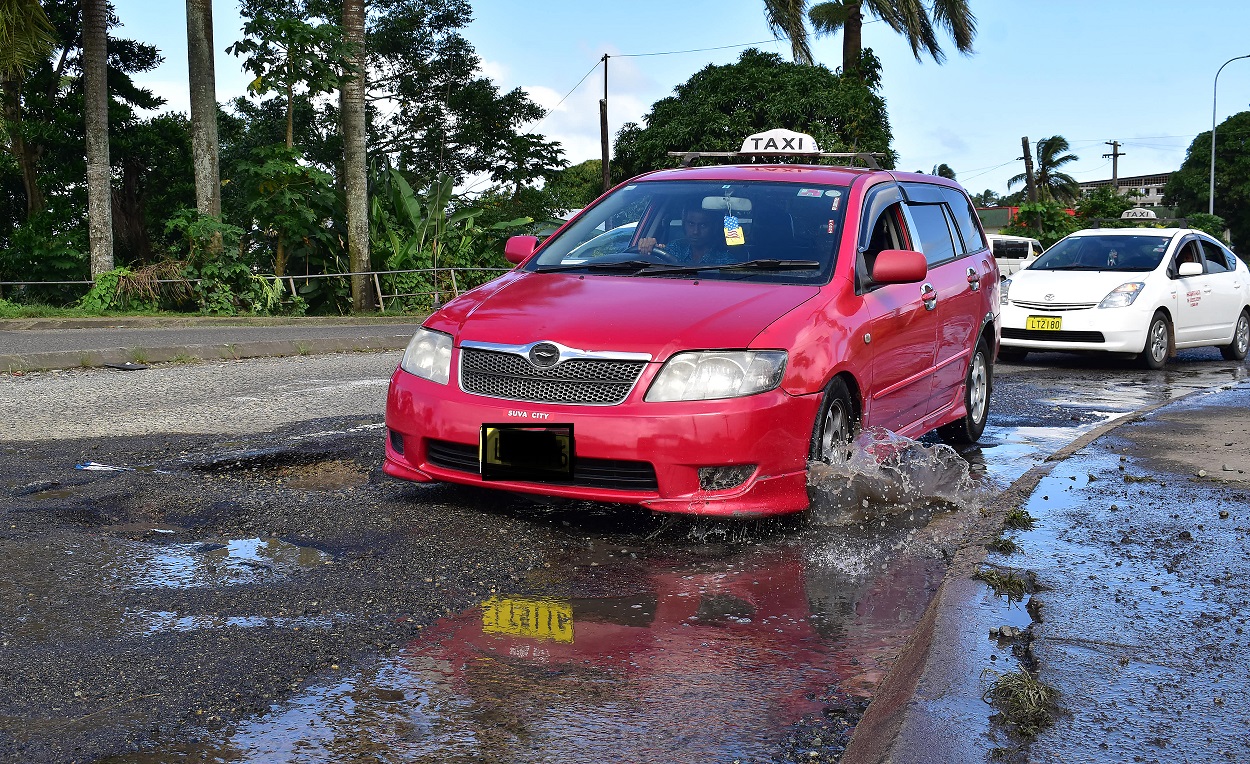 This portion of the road near the Valelevu roundabout ion Nasinu is submerged with sewer leak. Picture: SOPHIE RALULU

The fact that minibus operators are up in arms over the state of road conditions along the Suva-Nausori corridor was always bound to happen.

In fact it isn’t a surprise considering the state of major portions of the corridor.

Minibus operators vice-president Rajendra Singh said they were appalled by the conditions and they had to spend as much as $200 to $300 to repair their vehicles because of that.

“We are paying road levy every year. And what do we get out of it? Nothing,” Mr Singh said.

“We want the road conditions in the country to be good because a lot of vehicle owners and road users are paying money to the authorities. They (FRA) should bring the right people to get the job done and roads are very important in any country.”

We agree that infrastructure development is important for any developing nation.

It aids in churning economic development.

Poorly maintained roads do not offer positive reflections, and do nothing to nurture confidence.

Instead they develop frustration, anger, uncertainty and doubt.

That’s besides the constant threat of accidents, on top of financial woes for owners of vehicles.

You just have to drive around most parts of the Capital City to experience the shocking state of our roads.

Then there are portions of the road where it is quite difficult to avoid the potholes and bumps.

This is when you sort of just roll into them while bracing yourself for the next bump or pothole immediately after.

The challenges are many.

Aside from the potholes and bumps, there are the irritating drivers who will tailgate you, or toot their horn because you are slow.

Add to that the drivers coming at you while trying to avoid potholes and bumps on their side of the road.

In saying that though, we must acknowledge the fact that roadworks have started in Suva.

It is cause for celebration.

Again, in saying that, we will hope that appropriate attention is placed on how these roads are fixed.

That will mean extra attention being placed on workmanship, on materials used, and consideration of the elements.

Drivers in the Capital City for instance, have waited for many months to see some changes.

We now wait for what promises to be some good roads to drive on in the near future.

Now that’s something worth looking forward to.